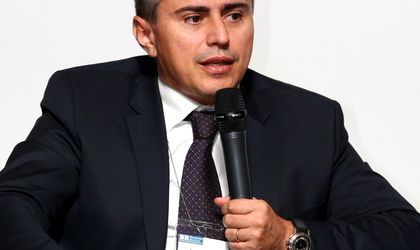 The country is able to collect only 54 percent of the VAT out of what should be normally obtained and this forces a loss of EUR 4 to EUR 5 billion, which is the budget deficit, stated today Gabriel Biris, partner at law firm Biris Goran, during the Tax&Law event organized by Business Review.

He said the fiscal measures announced in the last period aim to fight fiscal evasion, which is extensive on VAT. “Probably half of the VAT fraud would cover the budget deficit of Romania,” said Biris.

Romania’s budget deficit widened to roughly EUR 1.5 billion until August, which is 1.1 percent of GDP.

“Because of the way the VAT works the fraud opportunity emerges as legally. Through a different regime of intra-community transactions versus national deliveries. You have an intermediary that buys from the EU without VAT, sells internally with VAT, collects the VAT, doesn’t pay, disappears, and the state has to reimburse,” said Biris.

The Council of the European Union says the VAT design creates a fraud opportunity that results in a EUR 110 billion yearly fraud to the EU budget, according to Biris.

He added that reverse taxation would reduce arrears between companies, while the missing trader and VAT reimbursement fraud would disappear.

“Those who oppose reverse taxing say that retail fraud will increase and the argument is that when you don’t have VAT on the chain, retailers collect everything and can fully disappear,” said Biris.

He argued that retailers have public selling points that can be verified, while missing trade fraud is made with fake firms in flats.