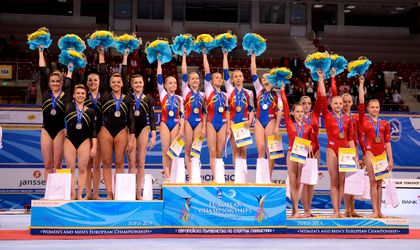 Romania’s senior women’s artistic gymnastics team have won European gold with an incredible performance in Sofia, the 7th in their portfolio. The team made up of Stefania Stanila, Silvia Zarzu, Larisa Iordache, Diana Bulimar, Andreea Munteanu finished their performances with a total score of 172.754, which won them the gold.

The format of the competition meant three girls competed on each apparatus with every score counting to the team total – and so every performance mattered.

Romania obtained the following scores in the team finals:

The women’s championship close on Sunday with the individual apparatus finals, when Romania will be represented by Larisa Iordache (all the apparatus finals) and Diana Bulimar (beam). The delegation”s objective at the competition is obtaining three or four medals.