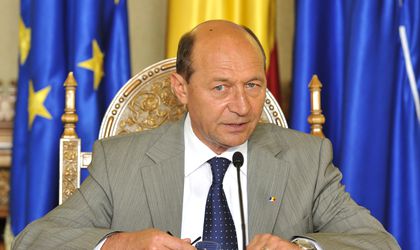 Romania’s President Traian Basescu has returned to office after 52 days during which he was suspended by Parliament, after having narrowly survived an impeachment referendum. He is now facing the challenge of collaborating with Victor Ponta’s coalition government, in the midst of a tough economic period when relations between the two men seem frostier than ever.

The political crisis that has unfolded over the last two months attracted international news coverage and drew reactions from the European commissioner Jose Manuel Barroso and other EU members, while the US sent a Department of State representative to gain a clear picture of the political bickering in Romania.

Both EU members and the US urged the Romanian government to protect the rule of law and respect the decision of the Constitutional Court (CCR). The nine constitutional judges eventually defused the crisis and ruled the July 29 referendum invalid as the 51 percent turnout threshold had not been reached.

Only 46.2 percent of the electorate voted. Of the 8.45 million Romanians who flocked to polling stations, 87.5 percent voted to impeach the president.

Romania’s Parliament voted on July 6 to suspend the president for breaching the constitution. The left-wing USL coalition alleged the head of state had assumed the powers of the PM in 2010 when he announced an austerity package that saw public sector wages slashed by 25 percent. He was also accused of meddling in the judiciary. The arguments persuaded 256 MPs to vote in favor of suspension, while 111 MPs opposed it. “My opinion is that the main objective you have is to control the justice system. In addition, you refuse to enforce the results of the 2009 referendum through which the constitution should have been amended to have 300 MPs and a single house in Parliament,” replied the president in Parliament.

President Basescu saw off the impeachment attempt for a second time. In 2007 322 MPs suspended him following the same accusations. However, he was returned to office with a 74 percent majority. But the bleak economic situation of today is very different from the financial climate of five years ago and the USL thought a new impeachment referendum may succeed. The social-liberal alliance (USL) was formed last year and comprises the left-wing PSD, liberal PNL and center-right PC.

The impeachment saga became a political fiasco that may have dented foreign investors’ perceptions of Romania. Meanwhile, European bureaucrats are now poring over the institutional entrails of the second poorest economy in the EU.

The government’s actions prior to the suspension lost it the trust of European leaders, who expressed their dissatisfaction with Ponta’s leadership.  “Events in Romania have shaken our trust. Challenging judicial decisions, undermining the constitutional court, overturning established procedures and removing key checks and balances have called into question the government’s commitment to respect the rule of law,” said Barroso after the latest report on Romania’s progress, the Cooperation and Verification Mechanism (CVM), was published. This is an EU tool used to assess the progress of the judiciary and anti-corruption efforts in Romania and Bulgaria.

The report said that Romania had made progress since 2007, but the benchmarks of the CVM had not been fulfilled. Some of the government’s initiatives only worsened the comments in the report, especially an ordinance that aimed to limit the powers of the CCR.

PM Ponta went to Brussels to convince Europe’s top brass that he was respecting democratic practices and returned with a working paper from commissioner Barroso. The PM had to answer to 11 questions on the political situation in Romania.

While the ruling coalition was doing the explaining, the suspended president kicked off his campaign from a private villa in central Bucharest. Journalists would gather outside the villa and wait for the president, who would make statements almost every day, outside the building, in front of a wall that bore the emblem of the constitutional law. The former sea captain always wore a blue shirt, during both press conferences and public rallies.

Throughout the campaign, the president said that what was at stake wasn’t the presidential seat, but Romania’s European future. He argued that the USL’s actions would only lead to the isolation of Romania. Both sides used colorful language during their campaigns, which seldom touched on themes such as the standard of living of ordinary citizens or the state of the economy.

Probably due to predictions of a low turnout, the right wing PD-L, which gave Basescu the presidency in 2004, decided to boycott the referendum in the hope that fewer than half of eligible voters would choose to participate, thereby rendering it invalid. The suspended president quickly took this line, despite initially saying he wanted all his supporters to vote. Basescu said he didn’t want to be called the “green table” president – an analogy referring to the forfeiting of football matches – and did not vote in the referendum. He now returns to office to serve out the remaining two years of his second term.

The tight result saved the president, but galvanized the USL for the upcoming elections scheduled for December. However, the country was then dragged into a new scandal.

The Constitutional Court debated the referendum results on August 2 but delayed its decision because it needed up-to-date numbers of eligible voters from the government. Eventually, the court got the updated figures and decided on August 21 to annul the referendum because an insufficient number of voters had turned out. The number of eligible voters was cut only by 34,654, most of whom were deceased.

Hundreds of protesters gathered in Bucharest in the following days to decry the CCR decision, calling for the resignation of the reinstated president. Prosecutors travelled to rural constituencies where voter turnout exceeded 100 percent to ask people whether they had voted. Mayors in these localities said that tourists and other people passing through these areas voted as well. This came after the opposition party PD-L filed criminal complaints regarding multiple voting and electoral tourism.

Following the outcome of the referendum, the Ponta government made a quick reshuffle, replacing six ministers, some of whom had been directly involved in organizing the ballot.

“Traian Basescu is the president elected with 5 million votes and dismissed with 7 million votes. The voice of the people is very clear,” said Ponta. “The CCR decision will be respected and implemented, but we are obliged to notice the effects of this decision – an unfair decision, against democratic laws, of the absolute majority of Romanians who voted for a change in the political regime.” Crin Antonescu, who had been interim president, said the PNL would respect and implement the CCR’s decision, although it considered it unfair.

While the country was awaiting the CCR decision, the EU commissioner urged the PM in a letter to respond “without undue delay” to the CCR requests for the electoral lists and to investigate allegations of pressure and intimidation of constitutional judges.

“I am deeply worried about the intensifications of the divisions between various actors in Romania and the tone of political discourse across the party spectrum,” wrote Barroso.

The US was also concerned by post-referendum developments, and on August 12 the assistant secretary for European and Eurasian affairs, Philip Gordon, came to Bucharest to speak with the main political officials. He flew from Turkey where he had joined Secretary Hillary Clinton for meetings with senior Turkish government officials and activists from war-torn Syria.

The assistant secretary met with suspended president Basescu first, after which he saw interim president Crin Antonescu and concluded with a visit to the government.

Last year Romania and the US signed a joint declaration on the strategic partnership in various areas including the economy and education. Political stability in Romania is of the utmost importance for the Americans, who will next year start to build a missile defense shield some 230 km east of Bucharest in Deveselu.

The RON was the main indicator of the political tensions that erupted in Bucharest, reaching new lows during the campaign, and tumbled to a record low of EUR/RON 4.6481 on August 3, when the CCR should have ruled on the referendum. The pressure on the Romanian currency eased last week following the long-awaited CCR decision, and the exchange rate appreciated to an eight-week high of 4.4571.

The country has a EUR 5 billion stand-by agreement with the IMF, World Bank and the European Commission, which grants Romania credibility on international markets, according to analysts.

The governor of the National Bank of Romania, Mugur Isarescu, warned that Romania depends on the international markets to finance its deficit and to further pay salaries and pensions, adding that Romania can be punished by these markets. The governor said this had been proved by the strong depreciation of the domestic currency in early August. “Politicians have to talk and find solutions to the current situation. They need to sit at the table and find solutions, not to interpret that the exchange rate is moving of because of this or that,” said the governor, quoted by Mediafax newswire. Another call for the politicians came from the Romanian-German Chamber of Commerce and Industry, which urged them to “focus their attention of economic issues so that the Romanian economy recovers”.

The political crisis is the one main factor that has contributed to the depreciation of the RON, as other currencies in the CEE region have gone the opposite way, according to a policy brief by the Romanian Center for European Policies (CRPE). “Between the end of May and the beginning of August, the Romanian currency depreciated by around 2 percent in spite of massive interventions from the Romanian Central Bank, while the Polish Zlot and the Hungarian Forint both appreciated by around 8 percent against the euro in the same period,” noted Oana Maria Georgescu, the brief author.

Slightly better news came this month from the National Statistics Institute (INS), which announced 0.5 percent GDP growth for the second quarter, from a 0.1 percent decrease in the first quarter. This was the fourth largest gain in the EU. Meanwhile, the EU 27 and Euro zone economies shrank by 0.2 percent, signaling the ongoing economic malaise in Europe.