Romania’s proposals for EU Commissioner: Dacian Ciolos and “definitely a woman”, according to PM Victor Ponta 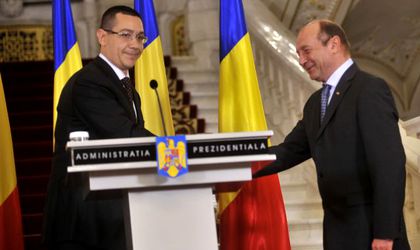 PM Victor Ponta declared that on Thursday, September 4, the president of European Commission Jean-Claude Juncker will make declarations regarding Romania’s EU Commissioner position, mentioning that Dacian Ciolos is Romania’s first nomination, followed by a second one, which is “definitely a woman”, as Mediafax newswire informs. Most of the Romanian newspapers name Corina Cretu as the second option for the EU Commission, but no official information was released yet.

Apparently, President Traian Basescu declared on Saturday, August 30, that he wasn’t informed on the fact that Romania proposed two nominees for this position, and PM Victor Ponta answered “the President’s attributions does not include counseling regarding nominations for EU Commissioners”, quoted Mediafax newswire.

Dacian Ciolos has been Romania’s EU Commissioner for Agriculture since 2010 and he is currently running for the same portfolio. After the EU Parliament elections in spring, the EU Commission structure will also change, with each country due to nominate a new commissioner.