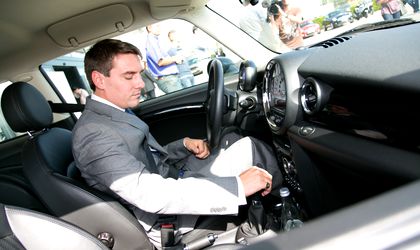 Prince Nicolae, the successor of King Michael I, was present last weekend at Bavaria Fest, the traditional party that Bavaria Automobiles Romania organizes for celebrating Oktoberfest. The event presented the novelties from auto and motor industry, and gathered Romanian VIPs who enjoyed the music and a traditional Bavaria menu.

Prince Nicolae chose to drive a Mini Cooper S, which costs approximately EUR 32,500. The model was given by Bavaria Automobiles Romania to the prince, as the company is the Royal Family car supplier. This year, BMW offered also to His Majesty King Michael I a BMW 730d, on the occasion of the Romanian Monarchy Day that took place on May 1.

Among the special guests of the event were Gheorghe Hagi, who bought the first BMW 7 Series LCI, launched at the Oktoberfest party; the Andreea Esca and Alexandre Eram couple, Amalia Nastase, Emil Hurezeanu, Mircea Dinescu, Adrian Ilie and Cornel Nistorescu.