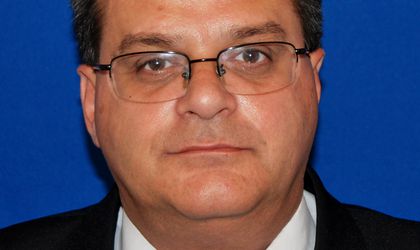 Liberal MP Nini Sapunaru has been nominated for the transport minister position, according to local media reports. PM Victor Ponta is presently acting as interim transport minister after the previous minister, Relu Fenechiu resigned on July 12.  He was found guilty on graft charges and sentenced to five years in prison.

This is second nomination made by the National Liberal Party (PNL) after Ovidiu Silaghi withdrew his candidacy this Monday following accusations of influence peddling.

His nomination must be agreed upon with PM Victor Ponta and later approved by president Traian Basescu in order to become effective.

50 year old Sapunaru has been a PNL member since 1990. He has had so far four terms in Romania’s Parliament. Sapunaru graduated from the Academy of Economic Studies in Bucharest and he holds a PhD in economics. Since 2005 he has been the head of the party’s Vrancea branch.

Between 1997 and 1999 he was head of the General Directorate of Customs. He owns 50 percent of F&C Consulting Bucuresti and 49.5 percent SC Europroiect SRL a company doing business in engineering and technical consulting. Europroiect has won contracts worth approximately RON 680,000 (EUR 154,000) with the Galati County Council through direct acquisition procedures.