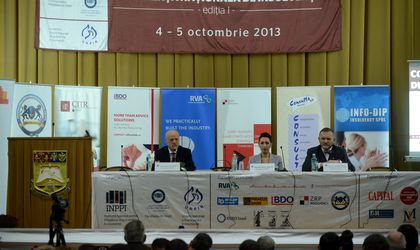 The new insolvency code will be rolled out in three weeks time after the government passed it on Wednesday through an emergency government ordinance, in a move which came as a surprise for the consortium working of the bill as it contained a series of fresh provisions, said on Friday Arin Stanescu, president of the National Union of Insolvency Practitioners in Romania (UNPIR), during the first National Insolvency Conference.

According to experts, the insolvency code was initially expected to be debated and voted in Parliament. The government introduced provisions in the bill that favor the budgetary creditors and ruin the chances of a reorganization plan.

“Those that file for insolvency only to avoid paying their taxes to the state, they will go directly into bankruptcy, we are not protecting them anymore,” said the PM earlier this week.

“Any reorganization plan in which the budgetary receivable is not paid will not be approved,” said Stanescu.

In addition, the plan will have to be passed by 50 percent of the vote of creditors, against the current share of 30 percent.

The government has also made it harder for companies to settle their case outside the insolvency procedure. Under the new code, 90 percent of the creditors will have to approve the arrangement regarding the payment of receivables by a distressed debtor, up from the current 80 percent.

Furthermore, the debtor/creditor can start the insolvency procedure only if the receivable amounts to a minimum of RON 40,000 (close to EUR 10,000).

The fresh procedures also apply for ongoing procedures, according to the UNPIR president.

“Many of the changes were not brought to the attention of the consortium, were not discussed and we don’t know the reasons supporting those decisions,” said Simona Maria Milos, president of the National Institute for the Training of Insolvency Practitioners (INPPI).

The new code was drawn up by the professional services firm PwC Romania, law firms Stanescu, Milos, Dumitru & Asociatii (SMDA) and D&B David si Baias and the West University in Romania. They were assisted by Stanescu as key expert and Ana-Irina Sarcane, partner at the insolvency firm Five, as project-leader.

A peculiar provision got into the new code, with the government taking aim at broadcasters that are in the insolvency procedure, strapping them of their license until the reorganization plan is drawn up. However, in the latest raft of changes, authorities made it harder for any company to actually pass the reorganization plan. Realitatea TV is one the largest media players currently in an insolvency procedure.

The provision that pressures ailing broadcasters is introduced in a code that is backed by a EUR 336,000 loan from the World Bank.

The insolvency procedures will also apply to state-owned bodies known as regii autonome. They should have been introduced in the code following a consultation with the consortium that worked on the bill.

Alexandru Paunescu, head of the legal department at the National Bank of Romania (NBR), said the volume of bank loans granted to companies that are either insolvent or bankrupt, reached RON 23.6 billion (over EUR 5 billion) by June 2013. They account for 18 percent of the total loans granted to non-financial companies.

Out of the companies that went insolvent in the past five years, 85 percent went into bankruptcy and 75 percent were already erased from the Trade Registry. Only 1.1 percent of them are in the reorganization procedure.

According to credit insurer Coface, close to 20,000 new insolvencies were registered in the first semester of 2013.