Cybersecurity and confidence in public services are a priority for the Government and Romania aims at taking security measures to enhance cyber infrastructure protection, whilst protecting the rights and freedoms of citizens, said minister Sorin Grindeanu.

According to Mediafax, Information Society minister Sorin Grindeanu showed on Monday, in the opening of the Regional Cyber Security Summit that the online environment, the Internet has great potential to promote the democracy and the cultural diversity and to deeply change the way people work, live, interact with each other and with the public authorities. Thus, the Internet is proving to be an important change factor in almost all areas of life: administration, education, health, business environment. The minister also stated that in the third day of the Summit there will be launched the Cybersecurity Innovation Center and that the meeting will conclude with a joint statement on cooperation in cybersecurity.

Also present at the Summit, PM Victor Ponta on Monday said Romania runs several wars simultaneously, not conventional as in Ukraine, but one in energy, since the Russian Federation can blackmail Europe with gas and energy, and another one with various unidentified people who attack the data and IT systems every second.

The PM also asserted that Romania has a great opportunity to develop cybersecurity together with the US, the most advanced country in the field, and that it can be a regional leader as it has an undeniable natural wealth, respectively the quality of people working in this sector.

In his turn, US Deputy Secretary of Commerce Bruce Andrews argued that the United States sees great opportunities for collaboration in the critical field of cybersecurity. “With so much of our lives connected to the Internet – from our critical infrastructure and national security systems to our cars and bank accounts – we know the urgency of addressing these new and growing cyber threats. Against this backdrop, there are many emerging opportunities to partner with our strong ally Romania to create a more secure cyberspace. Romania is on the front lines of the growing cyber conflict threat in the region. In the first half of 2014, the Romanian National Computer Security Incident Response Team issued 54,000 alerts – up from 44,000 alerts in all of 2013. We in the United States face this same threat, and we are eager to collaborate with you to face this emerging danger. I believe that one of the best ways we can help Romania protect its critical infrastructure from hostile invaders is through the innovative technologies provided by America’s world-class IT companies – including those with us here today,” said Andrews according to a press release issued by the US Embassy in Bucharest. He added, as quotd by Agerpres, that Romania has already proved that it is a leader in information technology and it is no longer a secret that Romania is the second language spoken in the Microsoft offices around the world. 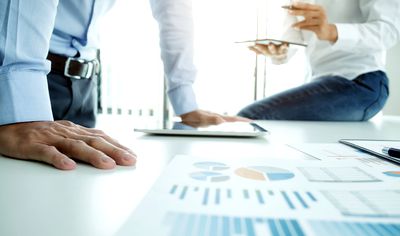 Read more about
Movers and shakers in Romania’s VC market: Lessons from the first half of 2020
read more

The Ministry for Information Society together with the US Department of Commerce and the Commercial Service of the US Embassy in Bucharest organize on May 11-13 at the Palace of the Parliament a Regional Cyber Security Summit.

A number of 17 states in Central and South-Eastern Europe were invited at the event which began on Monday to present “their policies in the cyber security area”, to approach “topics such as the cyber threats and vulnerabilities” and to identify “opportunities for international and regional collaboration”.

Companies and government officials, specialists in the cyber security area from the public and private environment from Albania, Bosnia and Herzegovina, Bulgaria, Croatia, the Czech Republic, Estonia, Hungary, Latvia, Lithuania, Macedonia, the Republic of Moldova, Montenegro, Poland, Serbia, Slovakia, Slovenia, Ukraine, the USA and Romania participate in the summit.

Three strategies for tech trade in Europe: What Romania can learn

How to manage remote workers while keeping small businesses secure