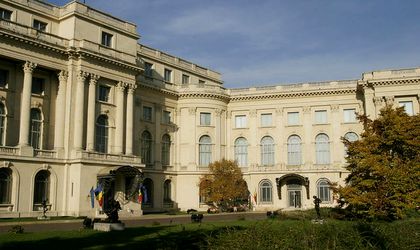 The virtual tours were created in cooperation with Imago Factory, which included about 8,000 pictures and 200 panoramas for this project, according to Agerpres newswire. The whole material is 800 GB.

MNAR was founded in 1948 in the building of the former Royal Palace in Bucharest and has one of the largest collections of paintings in Romania. In 1950 they opened the first gallery of the museum, the one devoted to national art. During the events of December 1989, 80 percent of the building was destroyed and damaged. More than 1,000 works of art were also deteriorated or destroyed. Starting May 2000, they successively open the Gallery of European Art, the Gallery of Modern Romanian Art (March 2001) and the Gallery of Old Romanian Art (April 2002), after ten years of renovation.

Other Bucharest museums that have virtual tours are the Grigore Antipa Museum, the Museum of the Romanian Peasant and the Museum of Romania’s History.