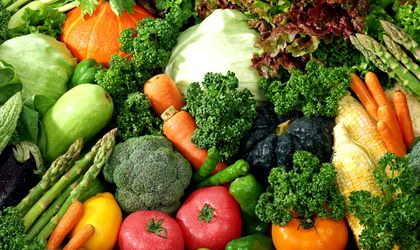 Food prices have increased by 2.3 percent this September pushing up Romania’s annual inflation rate to 5.33 percent well above the central bank’s inflation target for 2012, according to data released today by the National Institute of Statistics (INS).

The central bank’s inflation target for 2012 was 3.2 percent, +/- one percentage point.

Overall, prices have increased by 1.18 percent this September compared to the previous month. Food prices reported the highest increase – 2.3 percent – while the prices for non-food products and services have inched up 0.6 percent and 0.4 percent respectively.

The highest food price increases this September were reported by the vegetables and canned vegetables category (+9.85 percent) where the price of potatoes went up by 27 percent followed by fresh and canned fruit (+5 percent) and eggs (+7.25 percent).

Gas prices have increased by 2.83 percent while fuels were 1.57 percent more expensive in September compared to the previous month.