New renewable projects coming online starting January 2014 will receive fewer green certificates as the government attempts to limit the impact of incentives on the electricity bills of households and industry consumers.

According to Mediafax newswire, wind projects will receive 1.5 certificates for each megawatt they feed into the grid, which should be further lowered to 1.25 certificates starting 2018. Currently, wind producers are granted two green certificates, each trading at around EUR 44 this December.

The wind sector has been at the forefront of Romania’s renewable developments, attracting the largest bulk of investments. Data from grid operator Transelectrica show that incentivized wind capacities hovered around 2,200MW by September. 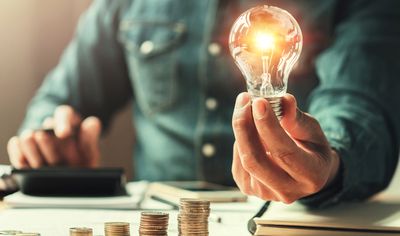 The incentives for solar installations will be slashed in half to three green certificates. Capacities in this field have soared to 543MW by September, with analysis commenting this extensive growth bears some resemblance to the boom in the wind sector.

The number of green certificates in new small hydro plants with capacities up to 10MW will be reduced from 3 to 2.3 certificates.

Romania has put in place a generous support scheme back in 2011 in a bid to attract fresh investments into renewable capacities, as part of wider European strategy of promoting green technologies. The country has to cover around 20 percent of its energy consumption from renewable by 2020. Next year, the target stands at 15 percent.

As technology costs have started to go down, Romania’s energy regulator ANRE said earlier this year that certain technologies are overcompensated and need to receive fewer certificates. The ANRE proposed the cuts to the government, which passed them on Monday.

On Tuesday, the Chamber of Deputies passed a government emergency ordinance that deferred the issuance of some green certificates thorough to April 2017.

“The trading of green certificates will be made on the bourse and it aims to stop the accelerated growth of the renewable energy contribution in the bills of household and industrial consumers,” commented Constantin Nita, delegate minister for energy, in Parliament during the vote of the amendments.

The government is currently walking on a fine line, as it attempts to keep the investment flow into renewable capacities and in the same time attract new investments into nuclear and big hydro plants. Authorities have hinted such large scale projects could be built only with Chinese backing and several memorandums have been signed during a recent China – CEE forum held in Bucharest.