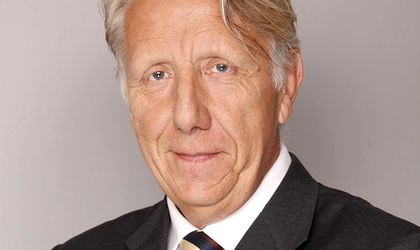 Easing social contributions paid by employers could curb tax evasion in the labor market, while dropping the flat tax to 12 percent may hit the macroeconomic stability, stated Peter de Ruiter, tax and legal services leader at the professional services PwC Romania. He talked to BR about the potential impact of the main fiscal measures announced by Romania’s political coalitions in the run up to the December 9 parliamentary elections.

The introduction of a progressive income tax of 8 percent, 12 percent and 16 percent, could stimulate job creation? Could work related tax evasion be reduced?

In considering all its fiscal policy options, the Romanian Government should bear in mind two objectives. First and foremost, maintaining and strengthening the macroeconomic stability by keeping the budget deficit within manageable margins. This would ease the financing pressure on Romania. Because securing financing is not easy, nor cheap, nowadays. The second objective would be to stimulate the economic recovery, in order to have a solid growth that can lead to job creation, increases in production, consumption and investments.

Introduction of a progressive income tax with lower thresholds for low income employees would have a positive social impact, but could also mean an economic stimulus, because it could lead to an increase in consumption. The paradox of taxation is that in some specific situations, reducing of the rates actually generates an increase in tax revenues.

Could Romania afford to lower the flat tax to 12 percent in the current context?

We believe that the flat tax was a major achievement for Romania and that since its introduction in 2005, Romania has been an attractive target for foreign investments in the region. Of course, some countries in the region have lower levels of the flat tax (Bulgaria, Moldova etc.), but we believe that the current 16 percent level is a reasonable one and if the price to be paid for lowering the flat tax would be to jeopardize macroeconomic stability, this is too high a price to be paid for some short term gains. But, as I said, sometimes reducing the rates might lead actually to an increase in revenues.

On the long run, Romania needs to improve its competitiveness by keeping a close watch on salary increases and linking them strongly to productivity gains, by improving its infrastructure and its administrative system. By using as much as possible the EU structural Funds available and by cutting red tape and improving the business environment.

What would be the impact of an increase of the minimum wage? This should grow from the current level of RON 700 to RON 1000 or RON 1200 in the next four years, according to the manifestos of politicians running in the race.

In many companies the whole payment schemes are linked to the minimum wage. As the recent PwC Saratoga study showed, the human capital return on investment in Romania lagged behind those of other Central and Eastern European countries, in particular that of Poland and Slovakia. Keeping the salary costs under tight control and linking salary increases to productivity gains is a must for improving Romania’s competitiveness.

However, if this increase will come after a period of steady economic growth, wage increases are only natural to follow and could have positive effects on the internal market.

How will the labour market react to a 5 percent decrease of the social security contributions paid by employers?

Romania has one of the highest levels of social contributions amongst the Central European countries. A decrease in the payments incurred by employers would be a breath of fresh air for Romanian companies and could stimulate job creation. We believe this to be one of the best ways to stimulate the economic recovery of Romania. If combined with an improved tax collection a further reduction of the social contributions rates is possible without creating budgetary problems.

Could Romania afford to lower the VAT rate to 19 percent?

At the current level of 24 percent, Romania has one of the highest VAT rates in Europe (only Hungary has a higher one). Given that VAT is a neutral tax for business, this puts pressure only when it comes to prefinancing VAT payments to the public budget. So a decrease in VAT could improve the liquidity of Romanian businesses. On the other hand, for consumers, a decrease in the VAT rate could mean an immediate increase in disposable income, which could result in an increase in consumption.

Romania should also take into account the introduction of differentiated VAT rates to stimulate certain sectors and certain economic behaviours. For example a reduced VAT rate for food products will have not only social benefits, but also it could stimulate agriculture and could lead to an increase in tax revenues and tax compliance in this sector.