The government has passed on Tuesday the emergency ordinance (OUG) that changes the green certificates support scheme for renewable energy, with PM Ponta saying this decision is part of a last ditch effort to save the local industrial sector.

The recovery of the delayed green certificates will be made starting March 31 2017 for solar and small-hydro plants. Wind projects will recover their certificate from January 1 2018. 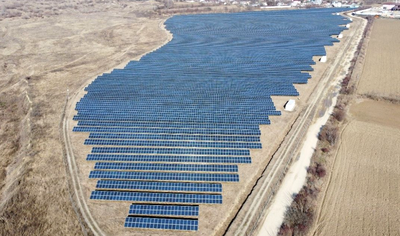 The energy regulator ANRE will monitor on a quarterly basis the renewable producers to spot overcompensation – higher Internal Return Rate of a project. In addition, ANRE will also regulate through annual quotas the quantity of renewable output that is fed into the grid.

PM Ponta commented before the government meeting that the US has been able to lower the electricity price by 4 percent in the last seven years, while Europe registered a 38 percent hike in prices. In the same period, the gas price for US industrial consumers fell by 66 percent, while gaining 35 percent in Europe.

“You mustn’t be an energy specialist to realize that while some cut prices by 60 percent and others hike them by 35 percent, probably in Romania and in Europe, if we don’t act, all the factories will be closed,” said the PM, quoted by Agerpres newswire.

He warned that large industrial players in Romania would run the risk of higher losses, if the renewable incentives wouldn’t be rescheduled. The growing electricity price was on the agenda during the meetings that Laksmi Mittal, the president and CEO of Arcelor Mittal, which operates a steel mill in Galati, had with PM Ponta and President Basescu.

The bill limits the permitting of electricity generators looking to receive green certificates up to the total annual level of installed capacities in renewable installations, which is established in the National Action for Renewable Energy (PNAER).

According to grid operator Transelectrica, Romania reached 2.1 GW of wind incentivized wind capacities by April. It had close to 450MW in hydro and 177MW in solar. Biomass,  which is not impacted by this bill, hovers around 40MW.