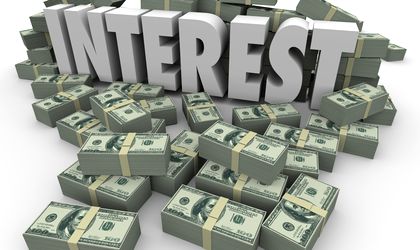 Romania’s sovereign 10-year bonds yield reached a 4-year high of 4.80 percent, amid growing concerns regarding the health of public finances.

“The interest rate on 10-year sovereign bonds (barometer for cost of financing in the economy) rose by 5 basis points to 4.80 percent (the highest level in the last four years),” Banca Transilvania’s analysts said in a research note on Friday.

Experts say the main drivers behind the rise of bond yields are the concerns regarding Romania’s public finances.

“Interest rates continued to grow on average-long maturities, amid concerns about the state of domestic public finances, in a global context characterized by a gradual increase in funding costs,” the analysts point out.

Finance Ministry data showed that Romania’s consolidated budget ran a deficit of RON 4.46 billion – 0.48 percent of gross domestic product (GDP) – at the end of March, compared with a surplus of RON 1.52 billion – 0.18 percent of GDP – in March 2017.

Total budget revenues rose by 11.5 percent year-on-year in the first quarter of 2018, but were largely outpaced by expenses, which increased by 22.1 percent, raising concerns about the sustainability of public finances.

Romania’s current account deficit also grew by 26 percent in the first quarter of this year, to EUR 967 million.