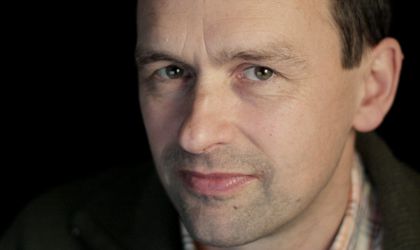 Even though I work for an addiction treatment center and I thought I knew the addiction situation in this country, I had no idea that gambling addiction was such a big problem in Romania. But after going to a conference on the issue (organized by Psymotion, a private psychiatric clinic in Bucharest, and a new NGO called the Association for the Prevention and Treatment of Gambling Addiction) I now understand the true scale of the problem.

The statistics are unbelievable: more than 10,000 small neighborhood betting shops and casinos; an estimated 1.5 million Romanians who use these shops – 10 percent of whom are assumed to be compulsive, or addicted, gamblers. This part of the gambling industry turns over a minimum of EUR 1.2 billion a year and, according to what I heard at the conference, is able to dodge taxes due to poor enforcement and weak legislation. The online part of this industry is also worth billions, but it is totally unregulated and untaxed.

“Out of all the EU member states,” writes Alexandru Varzaru in the investigativee weekly Kamikaze, “our legislation is the most permissive. Romania has become a heaven for the gambling industry.” He describes walking through Bucharest and seeing betting shops or casinos on virtually every street, and how their number has increased during the recession.

Romania’s government seems unable to stop the uncontrolled expansion of this industry, or collect taxes. I was informed that the Ministry of Finance is only able to collect about 2 percent of the taxes owed by this industry. They are also unable to enforce the law that forbids gambling operators to advertise (one of the biggest billboard campaigns currently in Bucharest is for betting shops).

Many of the small betting shops are in villages, where tax officials rarely go, and the big gambling operations use an old trick: they close down one company, complete with big tax bills, and open up a new one. Astra Bettings, one of the biggest chains of betting shops, went bust with debts of RON 65 million. And there are scores of other examples.

Sebastian Bodu, a member of the European Parliament, tried to bring some order to the gambling sector when he was head of Romania’s tax collection agency, ANAF. He introduced legislation “written in my own hand” that was intended to prosecute companies who closed down one company and then set up another. Unfortunately this law has not been enforced.

The number of people using these gambling facilities — both online and in their neighborhoods — has skyrocketed, and the number of gambling addicts is reaching epidemic proportions. Unfortunately, the vast majority of gambling addicts in Romania lack the funds (or the motivation) to go to some form of therapy. It is also a problem that seems to go unrecognized by the health authorities and the public. It is an invisible epidemic taking place among the poor.

Out of all the addictions, gambling is the one that results in the most suicides. “It’s a disease that kills,” says Dr Timothy Fong, a professor of psychiatry at UCLA. “Twenty-five percent of gamblers who enter treatment have tried to kill themselves.” Compare that figure with drug addicts and alcoholics – of whom about 10 to 15 percent attempt suicide – and it puts into context how dangerous gambling can be.

Rupert Wolfe Murray is based in Bucharest and is the European Representative of Castle Craig Hospital, a rehab clinic in Scotland.