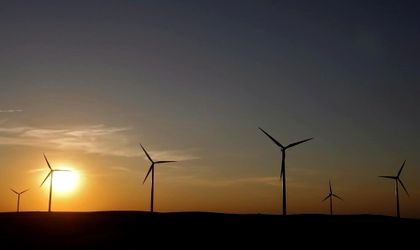 Over 130 energy policy promoters from 14 countries participated on May 26 at the fourth edition of “Romania Energy Day” event titled “The Energy Union: Challenges and Opportunities in Central and South-Eastern Europe”. The high level meeting was held at the European Parliament in Brussels, having been organized by the Romanian Energy Center (CRE) with the support of the Permanent Representation of Romania to the European Union and MEPs Raamona Manescu, Marian Jean Marinescu, Sorin Moisa, Victor Negrescu, Theodor Stolojan, Ana Claudia Tapardel, Jerzy Buzek and Algirdas Saudargas.

“Ensuring the energy security is a priority for Romania and co-regional cooperation is an essential element of the EU energy policy. We appreciate the European Commission’s initiative to create a framework for cooperation in Central and South Eastern Europe (CESEC). We hope that the list of priority regional projects, to be adopted by the High Level Group of CESEC in early July, in Croatia, to create a regional energy system through which each member state in the region to have access, in time, at least to three different sources of supply – this regional framework will make a real difference in the future in terms of enhancing energy security,” ambassador Mihnea Motoc said according to a press release, the Permanent Representative of Romania to the EU. Also, ambassador Motoc praised the activity of the Romanian Energy Center in Brussels: “CRE has already created a tradition of organizing this event, which each year draws important actors in the energy sector.”

“We need a real national program for energy, which not only to stimulate production or to subsidize alternative energy, but to finance research, training of professionals, production and delivery of services by companies based in Romania. For example, for the EUR 35 billion provided annually by the European Commission, mostly for research, I would like to see the first Romanian project,” said in his statement MEP Victor Negrescu, member of the Progressive Alliance of Socialists and Democrats Group in the European Parliament.

“An intermediate step in achieving the Energy Union is the creation of regional energy markets. Due to its resources and to its strategic position, Romania can become an energy hub and a security provider in the region. In order for this to happen, it is however required a strategic thinking, an energy strategy based on different scenarios. The energy sector is a sector in which the correlation between public policy and investment decisions is very strong. An appropriate fiscal policy is absolutely necessary in this regard,” said MEP Theodor Stolojan, member of the Economic and Monetary Affairs Commission of the European Parliament.

The event’s agenda has addressed various topics such as the role of the Energy Union, the requirements for ensuring the development of electricity and gas infrastructure, the integration of the European market in terms of energy market in Central and Southeastern Europe and Romania.