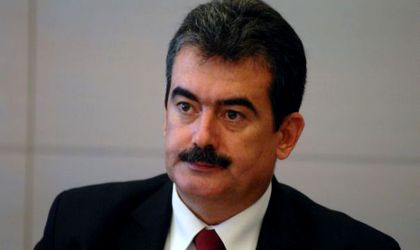 Energy minister Andrei Gerea said on Tuesday at a Mediafax conference that it is true that Romania does not yet have an energy strategy, but that neither at the European Union’s level there is not yet clear the common direction in this area.

According to Gerea, as quoted by Mediafax, energy is the future and is an element of security, and if some countries use energy as a weapon, then “weapons are a necessary evil”.

Energy security is also the pillar of the future energy strategy of the European Union and regarding Romania, an equilibrated energy mix is essential.
“We must build a flexible strategy which to adapt to new challenges. It would have been great if we had a strategy of reindustrialization which we can rely on. For this reason we cannot link the two strategies, but we can build the pillars on which to develop it,” continued Gerea.

In his view, the most important thing is for Romania to have enough energy sources and production capacities, and in this context he listed some projects which the Government deems them essential. Some of these projects include an EUR 6 billion investment in two new nuclear reactors at the Cernavoda plant, the completion of the hydroelectric power plant Tarnita, Cluj county, and building a thermal power station of 5-600 MW in Oltenia.