Romania’s economy ‘to grow below potential in 2013’

With a new cabinet and a comfortable majority in parliament, PM Victor Ponta has pledged to return Romania’s GDP to its prerecession level, although economists warn that Euro zone woes and an overspent domestic private sector may keep economic growth below its potential.  Romania’s international profile has improved as it has moved beyond the crisis, with Barclays and JP Morgan deciding to include the country in their emerging bond indices.

Romania has swallowed the austerity pill over the past four years and received a EUR 20 billion bailout from the troika (IMF, European Commission and World Bank) in 2009 to prevent a blockage in payments and soaring lending costs. More than EUR 5.2 billion will be repaid this year alone.

Turning in need to the IMF

The country has signed up for a new EUR 5 billion stand-by agreement with the troika, which is contingent on reforms in the public sector. The international lenders are currently in Romania for the seventh and eighth review mission. The privatization program of state-owned enterprises and the appointment of private managers and professional boards at state-owned enterprises (SOEs) – requested by the troika – has fallen behind schedule.

The signing of a new troika agreement would benefit the country, as it offers a “safety net” against international financial risks and would ensure that more reforms are undertaken in key sectors including energy and transportation, according to Greg Konieczny, executive vice-president of Templeton Emerging Markets Group and fund manager of the EUR 3.38 billion Property Fund (FP). 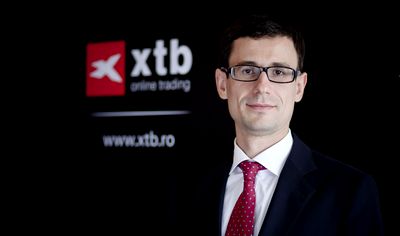 Analysts at Erste Group believe that a new program with international lenders would maintain foreign investors’ confidence in the country, in additional to securing a financing buffer for the government in the event of worsening conditions on international markets.

Government officials have discussed a new deal with the troika, but no decision has been made yet.

“The macroeconomic and financial adjustments over the 2008-2012 period were undoubtedly necessary because Romania had not borrowed at acceptable costs. Austerity and inequitable measures had been implemented, and the indisputable reality was the halting of Romania’s development and the build-up of social unrest,” said the PM during his state-of-the-nation speech.

The government, formed by the center-left coalition USL, targets a GDP close to EUR 130 billion this year, a level registered in the boom year of 2008, when the deficit was at 6.7 percent of GDP. In this year’s budget the economic growth is projected to stand at 1.6 percent and the budget deficit target is 2.1 percent of GDP.“This nominal GDP level is close to our forecast for 2013 and depends on the real GDP rate and on the deflator rate of change,” Florentina Cozmanca, senior economist at RBS Bank Romania, told BR. The delegate minister for the budget, Liviu Voinea, described this year’s growth estimate as prudent.

The economy is forecast to grow by 2 percent with most economic sectors having positive contributions, according to Cozmanca.

“However, the balance of risks related to this forecast is tilted to the downside, taking into consideration, on the one hand, external factors such as lower than expected economic growth in the euro zone – Romania’s main trading partner – and on the other hand, internal factors including the rate of EU funds absorption, a tighter than expected fiscal policy and another poor harvest,” she said.

She predicted that economic growth would be supported by the higher collection of taxes for the national budget.

RBS expects a better contribution from the construction sector as many infrastructure projects are due to be completed, some using EU funds. In agriculture Romania is set to benefit from a favorable base effect after an output fall, due to severe drought. The industrial production is expected to remain flat because of subdued demand from the Euro zone members.

After two years in the red, the services sector saw some improvement in 2012, which is likely to continue this year, according to Cozmanca.

Konieczny said the economy should grow by more than 1 percent this year. “If Romania’s solid fundamentals are coupled with the government’s willingness to implement reform, we believe it has the potential to become one of the leaders of economic growth within the European Union,” stated the Templeton vice-president.

Economic output will grow by more than 1 percent based on a higher absorption of EU funds and a rise of at least 20 percent in agricultural output, predicted Constantin Coman, country manager at Coface Romania, a credit insurer. “Stalled exports and industrial production, coupled with the timid evolution of domestic demand, complete the image of an economy that will advance below its potential in the next two years,” warned Coman.

Meanwhile, Romania will rank 20th in Barclays EM Local Currency Government Index from March. The inclusion will be made through 11 bonds worth USD 11.5 billion, which represented 0.7 percent of the index.

J.P. Morgan announced this month that the country was eligible for entry in the GBI-EM Index series, from March. With a market capitalization of USD 3.5 billion, Romania’s potential weight in the index is estimated to be 0.54 percent.

J.P. Morgan’s decision persuaded foreign traders to sell important amounts of EUR margins the RON, pushing down the exchange rate from 4.39 to a twelve-month low of 4.3195, according to Cozmanca of RBS. “The inclusion of Romanian bonds in the J.P. Morgan and Barclays emerging markets government bonds indices has attracted the attention of foreign investors to Romania. However, foreign traders that have invested or are about to invest in government securities are carefully watching events in Romania and therefore it is very important that political stability remains and good cooperation with international financial institutions continues,” stated the RBS economist.

Claudiu Cazacu, chief analyst at the brokerage XTB Romania, says the impact has been felt in January and was seen in the growing interest in securities and appreciation of the RON. He predicts the RON will register major fluctuations this year in the 4.25-4.70 band. “The first half of the year may be favorable for the RON, while the second half and year end may bring higher exchange rates for the EUR against the RON,” Cazacu told BR. He cited as local risks for the exchange rate the growth of the real economy and tax collection capacity, which is necessary to keep the deficit in place.