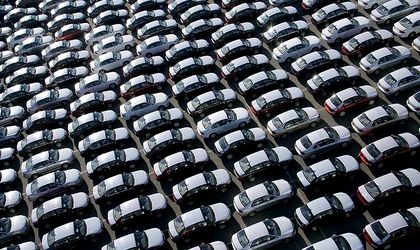 Total sales of automobiles in Romania went up in January 2015 by 18.7 percent, registering the highest levels of sales in the past 7 years, while national production went down by 8.8 percent, according to a report from the Association of Producers and Importers of Automobiles (APIA), as cited by Agerpres.

Cars, which represent 77.4 percent of the sales recorded in January 2016, meaning 5,111 units, saw an increase of 13.8 percent, while commercial vehicles (for goods and persons) increased by 39.7 percent. The most sold brand for cars was Dacia, with 1,258 units sold, representing 24.6 percent of the total market, followed by Volkswagen with 621 units (12.2 percent).

In terms of fuel, diesel vehicles continue to dominate the market with a rate of 59.4 percent, but experienced a decrease from January 2015 when they made up 67.2 percent of the market, further details the APIA report, as cited by Agerpres.

The first month of 2016 saw 39 units of hybrid or electric vehicles sold, increasing by approximately 130 percent from January 2015 when only 17 such models were sold.

When it comes to the country of origin of the vehicles, APIA reported that 23.8 percent are imported from Germany, 21.6 percent come from the Romanian market, 12.5 percent from the Czech Republic, 9.9 percent from Spain and 7.1 percent from France, as cited by Agerpres. Given that, the sales of vehicles from the national production went down by 15.8 percent in January 2016 compared to January 2015 while sales for imported vehicles went up by 25.9 percent.