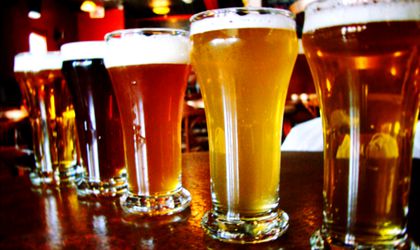 According to data released by the Romanian Brewers Association, the beer market in Romania has felt a positive boost during the first half of the year, with a 3.8 percent increase in volume, reaching 7.6 million hl.

“After two consecutive years of declining consumption, the beer market shows the first signs of recovery. The favourable context created at country level through a positive evolution of economic indicators of Romania has clearly left its mark on everyday life of Romanians, implicitly on their consumption decisions. It is a moment of joy for us to see that in the first half of this year more Romanians chose to drink a cold beer in the pleasant moments spent with loved ones. Although still timid, we hope that this increase in the beer market will be reconfirmed by the results at the end of the year. This might constitute a valid basis for future sustainable development of the beer sector, which may begin in 2016, with the entry into force of the new tax code,” said Lucian Ghinea, Romanian Brewers Association president.

The beer sector currently contributes over 60 percent of the total tax collected by the state on alcoholic drinks market, almost half the price of a beer being represented by taxes, according to association representatives. With investments reaching more than EUR 1.3 billion, the beer sector provides directly and indirectly a total of 69,700 jobs.