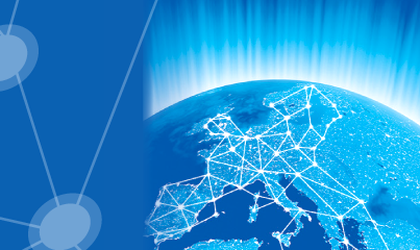 According to a report released by the European Commission, Romania has an energy trade balance deficit lower than the European average, with strong points registered in gas and coal, but still needs to work on its interconnection level with member states, which insures the sustainability and stability of the internal EU market.

The energy trade balance of Romania showed a deficit of 1.4 percent of GDP in 2014, which is lower than the EU average. Denmark presented the lowest deficit among member states (0 percent), followed by the United Kingdom (0.8 percent). Sweden stood at the same level as Romania, while the rest of the countries were mostly below 2 percent. The overall energy trade deficit has decreased since 2006 from a level of 3.6 percent of GDP. At the same time the current account deficit recorded a marked improvement in the same period as a result of a macroeconomic adjustment process.

The main driver of the deficit is oil, with gas and coal being close to balance.

According to the report, Romania has a low import dependency compared to other European states, mostly due to its gas and coal reserves. Having a high gas production, our country’s imports are particularly low, with most of them coming from Russia.

However, due to decline of national oil production, Romania records an import dependency of 47 percent (2013) on total consumption of crude oil and petroleum products.

The energy mix of Romania is broadly similar with the one of the EU, with the notable difference of higher use of gases (30.1 percent versus 23 percent average across EU) and lower share of petroleum and products (25.8 percent versus 33 percent) and nuclear (9.2 percent versus 14 percent).

The electricity interconnection capacity was of 7 percent in 2014 for Romania. To reach the 10 percent for 2020 and 15 percent in 2030 targets, new Projects of Common Interest (PCIs) will have to be implemented, the report reads.

The European Commission has adopted a list of 195 key energy infrastructure projects – known as projects of common interest – to help deliver Europe’s energy and climate objectives. The list contains 16 projects proposed by Romania, of which six aim at our country’s interconnectivity capacity with Bulgaria, Serbia and Hungary and ten have as main objective the improving of the national energy system. By including them on the list, the projects are eligible for funding via the European interlinking mechanism.