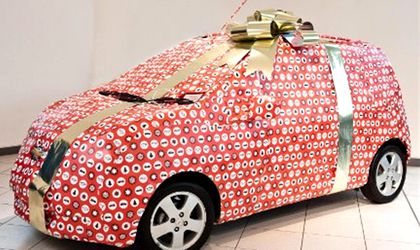 The number of Romanians who wish to receive material goods as Christmas gifts grew by 15 percent (reaching 85 percent) in 2015 over the previous year, while the share of people expecting cash dropped from 18 percent to 5 percent this year, according to a study by iSense Solutions.

According to the study, mobile phones lead among the most desired Christmas products, 13 percent of Romanian preferring such a gift, compared to 7 percent last year. Other gifts include cars (6 percent), clothing (6 percent) and accessories / jewellery (6 percent).

“The fact that Romanians are materialists around the holidays is not a surprise, but it is worth noting that the percentage of those wishing to receive cash for Christmas significantly decreased, from 18 percent in 2014 to 5 percent this year. Instead, cars have made the favourites top, not an easy gift to offer,” said Andrei Candia, managing partner of iSense Solutions.

This year, Romanians in urban areas plan to spend on average RON 544 for Christmas gifts, 31 percent more than the previous year. According to the study, men’s shopping budget is higher than women’s, reaching RON 607. Among the gifts that Romanians intend to offer their loved ones are clothing items (36 percent), toys (22 percent), cosmetics / personal care (19 percent) and sweets (18 percent).

“The fact that Romanians have increased this year’s holiday budget can be explained by a slight improvement in the economic situation in urban areas. We also note a significant increase in the intention to offer clothes (from 23 percent to 36 percent) and toys (from 12 percent to 22 percent), so it is expected that Santa Claus will be especially generous with the little ones and women, ” adds Andrei Candia.