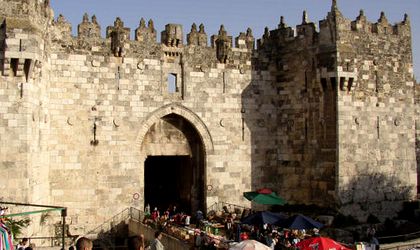 While some of the Romanians go abroad for Easter holidays lured by the religious significance of destinations such as Rome, Athens and Jerusalem, others choose shopping and entertainment in Dubai or Amsterdam clubs, according to a Vola.ro study.

According to a press release, a city break in Rome on Easter starts at EUR 337 per person and includes flight ticket, three nights of accommodation with breakfast and medical insurance.

The cost of a touristic package in Athens, which includes flight ticket, three nights of accommodation with breakfast and medical insurance, is around EUR 440 per person.

But not all Romanians want to be surrounded by a religious atmosphere on Easter. More and more choose to take advantage of the holiday and take a fun trip. Although an Easter holiday in Dubai costs at least EUR 680, fight ticket included, as well as seven nights of accommodation and health insurance, the destination is one of the most requested by the Romanians.

Another requested Easter destination, Amsterdam, is popular generally among nonconformist tourists and those eager for fun. A city break in mid-April costs about EUR 410 per person. The package includes flight ticket, three nights of accommodation and medical insurance.

For spending Easter abroad, Romanians are willing to allocate a larger budget than they usually do for a regular holiday, considering that about 40 percent of the sales of Easter packages focus on destinations such as Rome, Athens, Dubai and Amsterdam – where the average price of a package is EUR 470. The price of a city break on Vola.ro, in other times of the year, starts from EUR 179.

This year in February, Vola.ro received a EUR 5 million investment from 3TS Capital Partners, the same fund that invested in Romania in Elefant.ro, InternetCorp or CMU.