Romanians can pay for fitness at Social Gym through civic activity 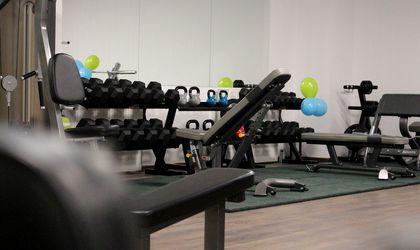 The Resource Centre for Active Citizenship (CRCA) announces the opening of its first non-profit fitness club and aerobics in Romania. Social Gym is a project partly funded by European funds and is dedicated to active persons interested in a healthy lifestyle, but also keen to get socially involved.

The purpose of the project is to train and develop a community of active people concerned with sport and balanced nutrition, and to promote responsible behaviour of its members towards the community, while investing in the development of disadvantaged people for their integration in the labour market.

To encourage active involvement in social causes the Social Gym Club offers the possibility to pay hours spent in the gym through donating the same number of hours towards various social projects of CRCA, based on a contract signed in advance. Another stake of the Social Gym Club is to support the Romanian economy and social enterprise sector in Romania among its members by promoting Romanian organic products. The profit made will be reinvested in the club’s sustainability and in other social programs of the CRCA.

The CRCA is a non-profit association whose mission is to promote active citizenship by supporting involvement, civil spirit and responsibility. Social Gym is a partnership between social economy structures created within the “SOCEC.NET – social economy network” and the “socially responsible enterprises”. The project is co-financed by the European Social Fund Operational Programme for Human Resources Development 2007 – 2013 and implemented with the Ilfov County Council.