Romanians are the most cautious e-shoppers in the EU 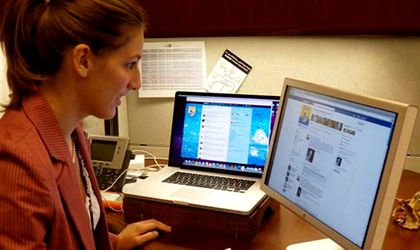 More than 1 internet user out of 5 did not buy or order goods or services online for private use in Romania (35 percent) in 2015, due to security concerns, making them the EU’s most cautious e-shoppers, closely followed by Sweden, according to a new report from Eurostat, the statistics office of the EU.

Studies already show that Romanians prefer to pay by cash for online purchases. Although, card payments are on the rise in Romania, the majority of those who do shop online prefer to pay in cash upon product delivery.

At the EU level, security concerns kept almost 1 in 5 internet users from shopping online (19 percent) or from carrying out banking activities (18 percent) in 2015, with 13 percent of them not using the internet with a mobile device via wireless connection from places other than their home, adds the Eurostat report. Users refrained from e-banking mostly in Germany (27 percent) and Portugal (26 percent), from mobile connection via Wi-Fi in the Netherlands (22 percent), Latvia (21 percent), Spain (20 percent) and Italy (19 percent).

Across the EU member states, the Czech Republic (10 percent) and the Netherlands (11 percent) are the countries with the least amount of internet users who experienced security related problems in 2015, followed by Slovakia (13 percent) and Ireland (14 percent).

At the opposite end were Croatia (42 percent), Hungary (39 percent), Portugal (36 percent), Malta (34 percent), and France (33 percent). The main problem experienced by the group of internet users affected was catching a virus or other computer infections (e.g. worms or trojan horses).

Compared with 2010, the share of internet users who caught a virus or other computer infection resulting in loss of information or time dropped in all member states by 2015, except Croatia, with the most remarkable fall being observed in Slovakia (47 percent in 2010 to 9 percent in 2015, a decrease of 38 percent), said the Eurostat report.

At the EU level, the proportion of internet users having caught a virus online decreased by 10 percent, from almost a third (31 percent) in 2010 to about a fifth (21 percent) in 2015.