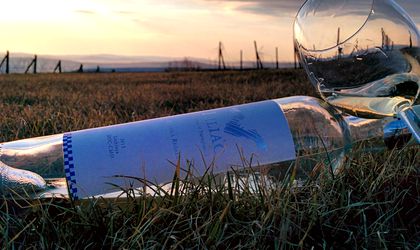 amb Wine Company owns some 53 hectares of vineyard in Transylvania, in the wine-producing area of Lechinta and near the village of Batos (Mures and Bistrita Nasaud counties). Since 2011, the company has invested a total of EUR 7 million in the vineyard and the winery which has a production capacity of 260,000 liters.

This year the wine producer wants to increase its turnover by 30 percent and focus on consolidating its business. “Starting 2015 we are entering a new phase – consolidating the position we’ve acquired in the five years of activity on the premium wine market.  We estimate a 30 percent turnover growth this year, based on the present production capacity, the development of the national distribution partnerships and on the constant performance of each brand in our portfolio, both in the retail and in the Horeca segment,” said Victor Ciuperca, CEO amb Holding Romania.

Beck also owns 50 percent of S+B Gruppe. The real estate developer has owns office projects such as Pipera Business Tower and  Magheru One  and is planning to start the construction of a 250-room hotel next to the Henri Coanda (Otopeni) airport in Bucharest by the end of this year or in early 2015.