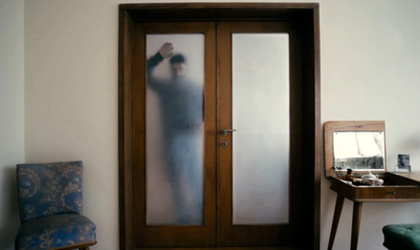 Few Were Happy with their Condition, a video and photography art exhibition curated by Olga Stefan, will stay open at the Gallery 400 in Chicago from January 15 to March 5 2016, bringing together pieces from a large number of Romanian artists, according to the Romanian Cultural Institute (ICR).

The exhibition “reflects life in post-1989 Romania, during a transition period that seems to go on forever, a time of both hope and disappointment, where reforms and liberalization class and mirror corruption and enduring communist-style methodologies”, says ICR. Furthermore, it “focuses on a period of time when the desire for freedom materialized into economic uncertainty typical of the capitalist system as well as profound corruption at all levels of society that continues to this day”, according to the Gallery 400 website.

Using contemporary mediums such as video, film, and photography, the exhibition aims to show “the feelings of discontentment within Romania’s contemporary society, in a world that is still torn between the communist and post-communist periods” and “attempting to transition into an uncertain, yet longed-for future”, adds Gallery 400.

Presented works are varied, “from analog to digital photography, short films and documentaries, to moving image installations” and are the result of artists who are “part of a new generation of artists that started their careers in the late 90s”, says Gallery 400. The artists “look outward with critiques of society, the political climate and social injustice; backward toward the country’s dark past; but also inward, with personal narratives and reflections on the human condition”, further adds the Gallery 400 description of the exhibition.

Also during the exhibition, Rozalinda Borcila, a writer, artist and activist originally from Cluj and currently residing in Chicago, will be performing in February.

The Few Were Happy with their Condition project was previously shown, in 2015, with support from ICR, in Winterthur, Switzerland, and Dresda, Germany.