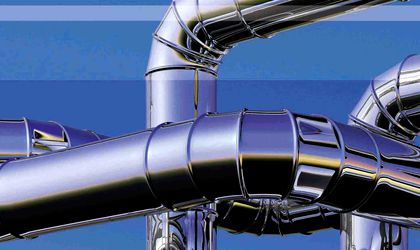 Transport and distribution operators in the electricity and natural gas sectors may pay a monopoly tax from February while gas companies could face an additional tax on income from deregulated prices, as part of a wider government initiative to find fresh budget resources. However, utilities companies have said they might have to cut investments to afford the new taxes.

The government has caved in to industry pressure and reduced the tax limits initially introduced in its ordinance. Distributors with fewer than 100,000 customers will also have to pay the monopoly tax, which applies to every MWh that is transported and distributed to end consumers. The tax will be enforced for two years, adding some EUR 127.4 to the budget through to 2014.

“This is a bad sign for the market. It will certainly influence our investments in the distribution sectors; we will have to reduce them,” said Frank Hajdinjak, CEO of E.On Romania and president of the Energy Utilities’ Association (ACUE), quoted by Agerpres newswire.

Member companies of the ACUE – foreign utility companies doing business locally – said they hadn’t been consulted on the tax proposal. The utility firms, including Italy’s Enel and France’s GDF Suez, said the monopoly tax would lead to a reduction of investments in the distribution grid and may stall the forthcoming privatizations of electricity distribution companies. “We express our astonishment that such a tax is planned to be introduced now, after the ANRE, the energy regulator, froze distribution tariffs in 2009 and did not even increase them by the rate of inflation, a decision which significantly reduced the incomes of the distributors of natural gas and power,” said the ACUE in a statement.

GDF Suez Energy Romania said this tax would either be paid by consumers or would lead to a “significant reduction” of the investment capacity of power and gas distributors.

Around EUR 16 billion has gone into the energy sector in the last decade of which the largest share came from private sources, according to data from the Foreign Investors Council (FIC). The business advocacy group estimated that another EUR 30 billion needs to be invested by 2020, including EUR 18 billion in electricity generation assets.

Yvonnick David, general director of GDF Suez Energy Romania, said recently, during the French Investors Forum organized by BR, that the utility firm had invested EUR 600 million in the last seven years, with the largest share going into the gas network.

Despite having invested some EUR 2 billion in Romania since 2005, CEZ has managed to upgrade only 15 percent of the power network in this period. The firm said it had spent around EUR 50 million yearly in this field and received EUR 20 million of EU funds for upgrade works.

In a different ordinance, the government has proposed the taxation of additional profits stemming from the deregulation of natural gas profits. Gas companies will be taxed at 60 percent on additional income from the sale of deregulated gas. The royalties and some of the investments in the upstream segment made with the additional income will be deductible.

State-owned Romgaz and Austria’s OMV Petrom are the largest gas producers in Romania that will have to pay the new tax. Hajdinjak said the new tax initiatives may hit utility companies’ cash flows and consumers shouldn’t bear the cost. “If all the taxes are integrated, we agree. If not, as I said, it will have an effect on the cash flow and if this happens, it will hurt investments, which is a black mark for Romania,” said the ACUE head.

The Ministry of Public Finance estimates that around EUR 49 million will be collected from gas companies that pay the special tax, VAT, royalties and income tax. The ministry added that EUR 35 million in additional income will be generated from VAT and income tax because of the deregulated gas prices.

Romania is set to deregulate gas prices for companies and households by 2014 and 2018, respectively.   ∫