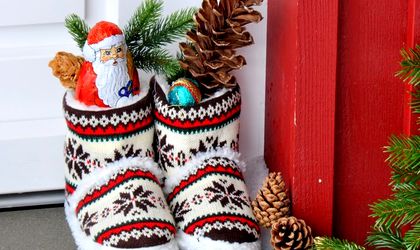 This year about 90 percent of urban dwellers plan to give Saint Nicholas gifts, with an estimated budget of RON 300 (some EUR 70), a study by Mednet Marketing Research Center shows.

Smaller town inhabitants are a bit more preoccupied with the tradition than larger city dwellers, with 93.2 percent of people in the first category planning to make gifts, while in the second category 87.7 percent of respondents showed such intention.

As is usual for the Saint Nicholas tradition, sweets will be the most offered gift (70 percent of respondents), followed by toys (45 percent), clothing and footwear (44.3 percent) and cosmetics (42.6 percent). Technology is also on Saint Nick’s list, with 12.3 percent of respondents stating they will gift a smartphone or tablet and 6.9 percent planning to give accessories for these devices.