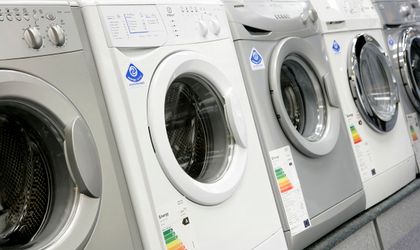 Telecommunication (telco) was the largest sector in Q2 2013, with a total value of EUR 99 million. It posted the highest value increase – 17 percent – compared to Q2 2012. The smartphone segment was the main driver, while the feature phones market continued to decline.

The major domestic appliances (MDA) sector also posted a significant growth – 4.9 percent in terms of value – over the same quarter of 2012, this being the first quarter of increase for this sector since 2011. This segment’s total value stood at EUR 73 million. Comparing the first half of 2013 with the same period of 2012, the sales of MDA categories registered an increase of 1.7 percent. The main growth drivers within the MDA market remained the built-in appliances such as ovens and hobs, as well as dishwashers, hoods and freezers which showed double digit increase rates in this second quarter. The total market was also pulled up by the positive developments of the cooling  and washing machine segments, despite registering a decrease in volume.

Sales of small domestic appliances remained on an upward trend in Q2 2013 and reached a total sales value of EUR 24 million, up 8.7 percent above Q2 2012. Half-year sales were up 4.7 percent compared to the same period of the previous year.

The IT market recorded a slight growth of 2.7 percent in the second quarter of 2013, totaling EUR 88 million. Media tablets gained ground in the IT sector doubling in value and growing more than three times in volume. The mobile computing segment slightly decreased in the second quarter of 2013 y-o-y. With the exception of keyboards and pointing devices, the other IT categories (desk computers, monitors and webcams) recorded a strong double digit decline.

Overall, the consumer electronics market displayed a decline in value of 5.2 percent in Q2 2013 y-o-y, amounting to EUR 52 million.

Q2 2013 was the first quarter in the last two years to show a decline in value for the panel TV market. LCDs were stable in value, and decreased by one digit in terms of volume. Plasma TV sets, on the other hand, “took a hard hit both in value and volume”, contributing to the overall decline of the TV market. Other electronic devices, such as audio, video, gaming and navigation gadgets, posted a negative evolution, says GfK.

The only sectors to record negative growth rates were the photo market which showed a double-digit decrease (-25.5 percent) along with office equipment (-8.8 percent) and CE (-5.2 percent).

After photo sales peaked during Black Friday and Christmas sales last year, this sector dropped by 25.5 percent in Q2 2013.    The entry level compacts were strongly heavily affected by smartphonesa dropped by a double digit rate. High end compacts and DSLRs also contributed to the decline.