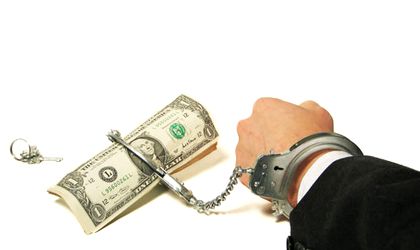 Thirty more people from a target group of 336 with wealth over EUR 20 million are undergoing controls from the National Tax Collection Agency (ANAF) starting November, after ten people who had undeclared revenues of RON 87 million have already been checked, according to Mediafax newswire.

“The results in the case of the first ten very wealthy people who have been checked so far have created the conditions for launching in November 2015 new controls targeting individuals with large fortunes, via indirect methods. (…) This type of control is not convenient for people who have sums of money or patrimony goods that cannot be justified, judging from their revenues. Fair contributors, on the other hand, have no problem with the indirect verification methods. A contributor who pays taxes fairly expects ANAF to ask those who do not do that how they explain the patrimony goods that they have,” according to Eugen Serban, director of the dedicated department in ANAF.

The tax agency announced in November that it completed the controls in the case of ten people with large fortunes, either businessmen in real estate or constructions as well as investors.  These individuals had in 2011 undeclared wealth of RON 86.9 million, for which they should pay a tax of RON 14 million.

Out of the total sum, the undeclared revenues coming from an unidentified source summed up RON 23.77 million, for which individuals owe a supplementary tax of RON 3.8 million and delay penalties and interests of RON 2.44 million.

The tax authority opened criminal files in the case of three out of these ten people.