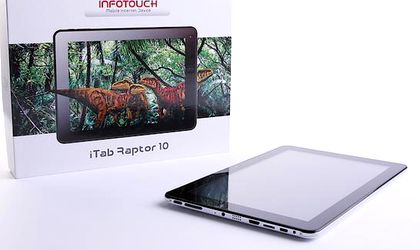 Badoiu said the company had discussions with retailers such as Altex, Carrefour, Auchan, but they were not even taken into consideration.

The company has established a presence in online retail stores such as PC Garage or PC Fun.

InfoTouch was launched in 2002 and, apart from tablets and accessories, its main activity is to deliver info terminals for various city halls and institutions across Romania. InfoTouch aims to sell approximately 10,000 tablets by the end of this year. The company launched yesterday the iTab Raptor 10 tablet, with quad core processor, 1 GB of Ram and 10 inch display, at a price of RON 1,000.