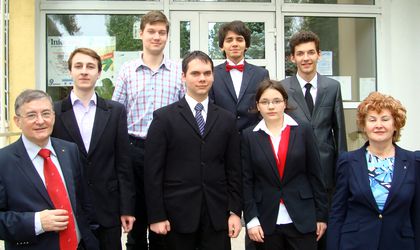 Romanian lot of physics students is the only one from Europe that will be presented at the Asian Physics Olympiad, courtesy of an exclusive invitation that Romania received from AphO, the organization in charge with the event.