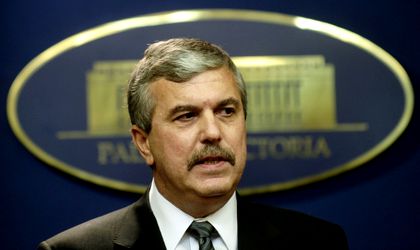 The Romanian Ministry for Information Society has announced that it selected the consultant that will act on its behalf during the Romtelecom privatization process. The consultant will be a consortium made up from SSIF Swiss Capital S.A., UBS Limited, Musat și Asociații SPARL and BT Securities S.A.

At the moment, the Romanian state still has a 45.99 percent stake in Romtelecom, while Greek group OTE owns the major share package of 54.01 percent. German group Deutsche Telekom also has control in Romtelecom as it directly or indirectly owns 40 percent of the OTE shares.

There were two consortiums that submitted offers. Apart from the winner, there was a consortium made up from Deutsche Bank AG (London, Great Britain) and Raiffeisen Capital & Investment SA, with Clifford Chance Badea as subcontractor.

However, this offer was not taken into consideration because not all documents required were submitted, so the technical and financial terms were no longer analyzed.

This fee is conditioned by the sale of Romtelecom shares and will be delivered only after the sum of the transaction is cashed in.

”In the call for applications, we have raised the bar very high in order to attract internationally renowned consultants with substantial experience in this field. Moreover, we set financial conditions that should stimulate the selected consultant to make efforts to maximise the profit obtained through the sale of the share package that the Romanian state, through the Ministry for Information Society, owns in Romtelecom,” said Dan Nica (in picture), minister for Information Society.

The announcement was published on October 7 in national and international media outlets. The initial deadline for the submission of offers was November 7 but it was prolonged until November 21 at the request of interested parties.

The offers were submitted after the interested parties acquired the offer demand for EUR 10,000.

The applicants had to prove that over the past 10 years they have participated as consultants of governments, ministries or other public authorities in Romania or abroad, during privatization processes of state companies with a turnover of at least RON 2.5 billion.

Alternatively, they had to prove that they had finalized over the past 10 years at least one consultancy contract for ministries/governments/other public authorities in Romania or abroad, within state companies’ privatization projects at least RON 1.3 billion in state companies.

Or, they had to prove that over the past 5 years they had acted as consultants in financial investments on the capital market or in sales of share packages in the private sector, which stacked up a cumulated value of at least RON 500 million.
Otilia Haraga