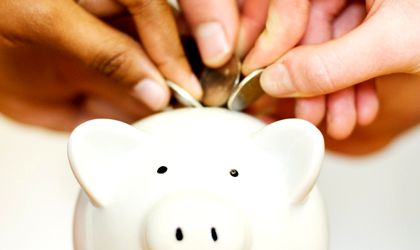 Thus, through a state aid scheme the Ministry of Finance has granted between November 2014 and June 2015 a total of RON 436.37 million (EUR 96.56 million) to nine investment projects. According to initial data, the projects reach a total value of RON 1.05 billion (EUR 232.35 million) and will generate over 3,300 new work places. The sums have been fully absorbed.

Four of the projects are greenfield business investments initiated by Cer Cleaning, part of Karcher Group, Sonaca Aerospace, Airbus Helicopters and Timken. The other five are extensions of other successful projects initiated in Romania in the past. They will generate direct contributions to regional development by paying taxes of about RON 547.28 million (EUR 121.11 million), according to the study.

According to the study, the main problem businesses have in contracting funding (either through EU funding or bank credit), especially when they are at the start, is finding ways to guarantee the investment. Another major problem is given by lack of experience in business management, which many times leads to oversizing investments and unrealistic provisions on the market.

Not lastly, folding the business idea based on funding programs available on the market and not vice versa can be an obstacle. Thus, the idea of business and investment budget are established to fulfill the demands and program budget, risking making an unrealistic business plan, which could lead to the impossibility to assume co-financing and fulfillment of the project indicators.

How To Diversify Business Investments