Romanian Simona Halep is number 7 in the WTA standings 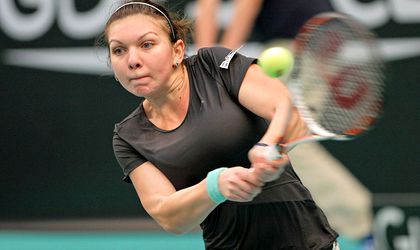 Simona Halep rose to the seventh place in the Women’s Tennis Association (WTA) standings on Monday, equaling the best standing by a Romanian in the WTA charts. Only two Romanians have ever made the Top 10 on the WTA, namely Virginia Ruzici, who got to No.8 and who is currently the manager of Halep, and Irina Spirlea, who got to No.7.

Currently, Halep is only 55 points away from sixth place Angelique Kerber. At 22 years old, Halep is the author of one of the most spectacular jumps in professional women’s tennis, winning in less than a year seven WTA tournaments (Nuremberg, ‘s-Hertogenbosch, Budapest, New Haven, Moscow, Sofia, Doha) and rose from the 64th spot (May 2013) to 7th (Februry 2014).