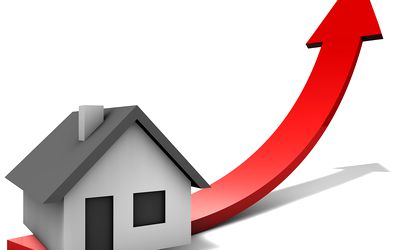 The average national price of old apartments was at EUR 674 per square meter (sqm) in the first half of the year, while new homes were sold at an average of EUR 779 per sqm, according to an analysis by consulting company Darian.

In the 15 largest cities in the country the prices of old buildings came to a halt in the last six months, the average price being around EUR 754 per sqm. In small towns the average price also stayed constant, at about EUR 570 per sqm.

Compared with the beginning of the crisis (2008), prices of old apartments dropped by about 40 percent nationally.

In the 15 cities considered development poles prices were between EUR 567 per sqm in Arad and EUR 932 per sqm in Cluj-Napoca, yielding an average of EUR 763 per sqm between poles, similar to the level recorded during H2 2014, but showing a substantial depreciation of 41 percent compared to the beginning of the crisis in 2008.

In the main development poles, the largest decrease during the first half of 2015 compared with the second half of 2014 was registered in Bacau (-2.4 percent), followed by Iasi (-1.8 percent) and Oradea (-0.9  percent). Of the 15 major points of development, six cities have registered negative developments, prices stagnated in three cities and six cities (including Bucharest) recorded small increases in prices.

In small towns with populations under 125,000 inhabitants, old apartments were sold at the highest price in Buzau and in Suceava (EUR 700 per sqm), while the lowest price was registered in Sfantu Gheorghe, at EUR 430 per sqm. For the first half of 2015, the average level of price in small towns was at EUR 570 per sqm, a stagnation during the last six months.

The other market segment of real estate – new apartments and houses – also recorded a slight increase.

Compared with the beginning of the crisis (2008), prices of new apartments fell by about 33 percent. Over the past six months the average price saw a slightly positive trend, increasing by some 0.4 percent, the trend in the last 12 months being similar. The national average unit price in the first half of 2015 stood at EUR 779 per sqm.

In the 15 cities considered centres of development prices range from EUR 748 per sqm (Galati) to EUR 1,137 per sqm (in Bucharest), yielding an average of EUR 909 per sqm between poles, slightly up year on year.

The market presents a trend of buyers leaning towards newer built places, which are sold at lower prices, because they are built at city periphery, as opposed to more central but older buildings.

The most expensive houses and villas were sold in Bucharest, at an average price of EUR 1,073 per sqm, up 0.3 percent from the previous semester. However, Bucharest is the only city where houses are sold for more than EUR 1,000 per sqm. Cluj-Napoca ranks second with an average price of EUR 870 per sqm, similar to the last semester. The lowest rates are found in Alexandria (EUR 429 per sqm) and Botosani (EUR 435 per sqm).

Among small towns, the lowest rates were registered in Botosani with an average of EUR 435 per sqm and Piatra Neamt with EUR 440 per sqm.

The commercial market also tends towards stability against H2 2014. Compared to the second half of 2014, Bucharest has maintained the same levels of rents and occupancy levels in all segments of the commercial market. Yields, however, showed slight contractions, between 25 and 50 percentage points.

Agricultural land continues to be popular despite the fact that since the beginning of 2012 their prices have increased by about 50 percent, which is the biggest rise of all market sectors.