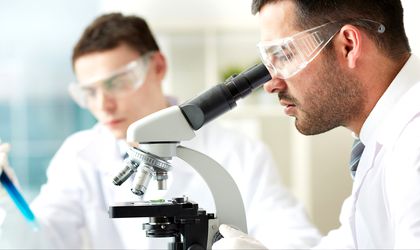 Romania spent RON 2.5 billion on research and development last year, representing 0.38 percent of the country’s GDP, with 0.22 of the money going to the public sector and 0.16 percent to the private one. The R&D headcount has only slightly increased to a total of 42,963 people, according to data from the National Institute of Statistics (INS.) The road ahead is long and challenging, as a 2014 EC report ranks Romania as a “modest innovator.” In 2014, expenditure on applied research took a 44 percent slice of the total R&D expenses, slightly increasing by 3.5 percent compared to 2013.

On the other hand, expenditure on fundamental research dropped by 4.5 percent, from the 39.8 percent level of the previous year.

The EC’s 2014 report Research and Innovation Performance in Romania ranked the country as a “modest innovator” with “one of the lowest values in the EU for both R&D intensity and business R&D investments.”

“To complete the picture of poor innovation, the Global Competitiveness Report 2013-14 still classifies the country as efficiency-driven (together with Bulgaria) while the rest of the EU economies are either in transition to, or are already at the innovation-driven stage,” according to the report.

In this context, the report concluded that “the key challenge for Romania remains its low level of competitiveness, which has significant consequences for the research and innovation system. The high-tech and medium-tech sectors of the economy do not contribute sufficiently to the trade balance, demand for knowledge remains weak, and the innovation culture continues to be underdeveloped,” according to EC’s 2014 report.

The report also notes that a new National Strategy for Research and Innovation for the period 2014-2020 was developed by Romanian authorities, which shoots for a gradual rebalance of research to innovation through a strong component of smart specialization, and includes a well-developed monitoring system and multi-annual budgetary planning.

According to the same source, the strategy also includes measures that strongly support the development of R&D activities in the private sector.

Last year, 48.6 percent of the financing for R&D projects came from public funds and 32.9 percent from enterprises, according to the INS data.

Most of the public funds (representing 66 percent) went to units in the governmental sector, and 17.3 percent went to higher education units. The report also notes that the public R&D system is fragmented, with “a large number of research performers but a lack of critical mass of research results.”

Moreover, Romanian universities are labeled in the report as “underperforming in all major international rankings and their scientific production and staff composition are less internationalized compared to other member states.”

The news is not encouraging in the private sector either.

“The Romanian R&I (ed. note: research & innovation) system is primarily public based, with only 29 percent of research performed by the business sector, while the EU average is 63 percent,” according to the EC report. (…) “It is obvious that the Romanian business sector’s interest in developing their own R&I activities is low, which is illustrated by the very low numbers of PCT patent applications and researchers employed by business enterprises, and a very low level of business R&D intensity, which is continuing to fall,” notes the report.

The intensity of research (calculated as a report between total R&D expenses and the gross domestic product) remained in 2014 at the same level of 0.38 percent, according to INS data.

Most of the R&D employees are researchers (64.1 percent of the total), representing 27,535 employees, which is 65 less people compared to 2013. Technicians and assimilated workers represented 12.4 percent, respectively 5,309 employees, according to the INS data.

According to EU’s strategic Horizon 2020 R&D program, there will be nearly EUR 80 billion funding available for the timeframe 2014- 2020 across the old continent, in addition to the private investment that this money will attract.

“The public-private collaboration shows promising bottom-up initiatives for developing clusters in economic sectors (automotive, IT) and research fields (life sciences, nuclear physics.) These clusters gather around researchers, businesses and policy-makers and are increasingly able to attract funding from European and national sources,” the report notes.

The EC report also recommends the Romanian government to design “well-targeted, top-down measures for supporting further development of these clusters, since they are a concrete solution for improving public-private collaboration in the R&D field.”