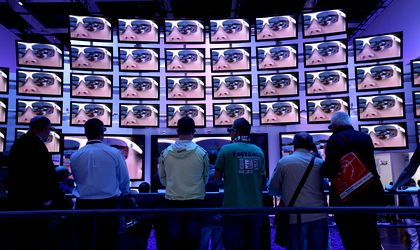 The Romanian public television (TVR) posted a profit of RON 3.17 million for 2013, this being the first time after 2006 when the institution has returned on profit.

However, the outstanding debts of the public television were RON 787.8 million at the end of 2013, according to the activity report of the institution, reports inCont.ro.

The net turnover of the Romanian public television last year were RON 524 million while the net profit was RON 3.17 million.

“This favorable result is the consequence of cuts in total expenses, which have declined by RON 196 million compared to 2012. (…) From January to December 2013, the SRTv losses were cut off, and the company entered a new stage, that of regaining its financial balance. This positive situation was possible only through a better management of expenses,” according to the report.

In 2013, 619 employees of TVR were made redundant and the administration board of the company was dismissed, after the parliament rejected the activity report at the end of 2012.

At December 31, 2013, the outstanding debt of the Romanian public television exceeded RON 787.8 million representing commercial debt and debt to the state budget.