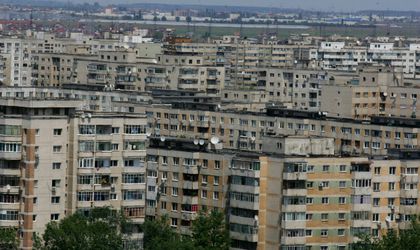 According to a study by Imobiliare.ro, the Romanian property market is steadily growing, a fact reflected both by prices and request.

At the end of October, the average asking price for apartments on sale countrywide (new and old) was EUR 980 per sqm. Though it was a 52.4 percent drop from the peak point of the market (in March 2008 the owners’ claims amounted on average to EUR 2,058 per sqm), it showed better standing against the lowest point registered by the market (in December last year the asking price stood at EUR 891 per sqm), climbing 10 percentage points.

Housing units within new residential complexes in Bucharest have reached the lower threshold price (EUR 1,063 per sqm) in June this year, while old flats recorded the lowest value (EUR 982 per sqm) in December 2013.

According to Imobiliare.ro, 36 percent of Romanians over 25 has or had a real estate need within six months. The study, looking at six major cities across Romania (Bucharest, Brasov, Cluj-Napoca, Timisoara, Constanta and Iasi), said that more than half of respondents (52 percent of the total), said they need to buy property, while the difference of 48 percent is divided between those interested to rent, put up for lease or sell.

When it comes to purchasing nearly half of buyers look at periods of over half a year (45 percent) and 43 percent are willing to pay a commission to a realtor.

The main criterion when buying a home remains the price (for 75 percent of potential buyers), followed by the area (57 percent) and comfort (to 37 percent), while the date of construction is important for  24 percent of respondents.

The date the construction was finished has an influence on types of apartments preferred, the study shows.

For blocks of flats completed before 1977, the most popular units are one-bedrooms (46 percent), followed by two-bedrooms (36 percent), while studios and three-bedroom flats have a 9 percent share of the total.

At the same time, when it comes to constructions  finished between 1978 and 2000, the most sought after units are two-bedroom flats (40 percent), followed by one-bedrooms (32 percent). Apartments of three and more bedrooms are attractive to 15 percent of customers, while studios draw attention of 13 percent of responders.

In more recent buildings (finished after 2000), 43 percent of potential buyers are interested in one-bedroom apartments, 35 percent would want a two-bedroom flat, 13 percent would prefer a studio and only 9 percent would opt for a three-bedroom or more.