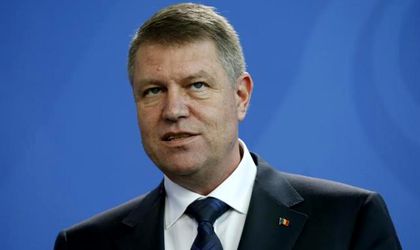 Speaking before the Romanian Parliament yesterday, Romanian President Klaus Iohannis drew attention to the fact that there are “hundreds of thousands of young people without a Baccalaureate diploma who have difficulties or find it impossible to join the labor market,” asking what solutions could be found for this, according to the Romanian presidency website.

He then brought up a recently launched national debate in the education and research domain that is part of a project entitled “the educated Romania”, saying that “In 2016, I want us to clearly define the national objectives and the direction in which we want our education system to go.”

Iohannis also drew attention to the health and pensions systems, and Romania’s demographic problem, specifically avoiding “a probable future in which Romania becomes unattractive both as workforce and as a market, and will be weakened in the European Union due to the decrease in demographics.”

Moreover, “on these subjects we have a duty to build for Romania and to generate agreement, beyond left and right, technocratic expertise or parties,” said Iohannis.