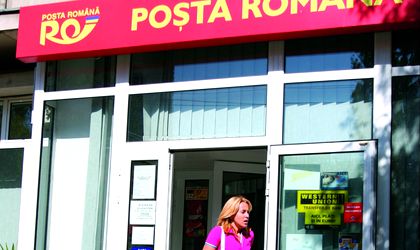 The Romanian Post intends to take up a RON 60 million loan with a view to finance working capital. The institution also announced this month that it intends to kick off projects with European financing estimated at approximately EUR 800,000.

The Romanian Post also announced its intention to take up a RON 60 million loan with a view to finance working capital. The loan will have a reimbursement period of 36 months. The cost of the loan is estimated at more than RON 10.2 million (VAT not included) and will be financed from the company’s own resources, according to an announcement published in the Electronic System for Public Acquisitions, writes Hotnews.ro.

The loan contract will be granted to the party who offers the lowest price, but other aspects will also be taken into consideration, such as the grace period or the way for reimbursing the money, according to Hotnews.ro.

On December 7th, the Romanian Post announced in a press release that, by the end of 2016, it intends to kick off projects with European financing estimated at approximately EUR 800,000. The company announced that, between July 2014 and December 2015, it completed a project for training employees of over EUR 55,000, through the Sectoral Operational Program Human Resources Development. Other four projects of EUR 44,000 are currently under implementation.

The postal company intends to submit in 2016 another three projects in total value of EUR 530,000. These are financed through Horizon 2020, Erasmus + France and Erasmus + Romania.

The projects are targeting the training of employees in fields such as marketing, sales or insurances, acquiring IT&C equipment and the development of products and services common to other postal operators in Europe.

At the moment, the Romanian Post is expecting the approval of a new project financed through the European Commission, as part of the Horizon 2020 program. In this project, which was submitted in August and is coordinated by AIT Austrian Institute of Technology, the Romanian Post is a partner and has an allocated budget of EUR 213,000. The project targets the improvement of security ability of organizations against cyber-attacks.

The Romanian Post also announced in the press release that it is developing other projects from European non-reimbursable funds. The company implemented two projects of EUR 430,000 which concern the optimization of the process for delivering correspondence.  The company implemented two projects financed by the Universal Postal Union that are worth USD 570,000. Another two projects, targeting the optimization of the mail delivery process that are worth USD 430,000, are under implementation.

The major share package of 75 percent in the Romanian Post is owned by the state through the Romanian Ministry for Information Society and the Proprietatea Fund, which owns 25 percent.