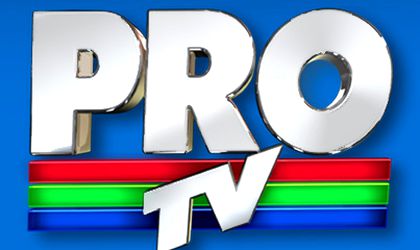 MediaPro media group is suspected of tax fraud, with four companies in the group being part of a complex financial circuit which perpetrated tax evasion, according to information which surfaced on the Digi24 website, which also wrote that the MediaPro headquarters were searched by the police.

However, in an official press release, Pro TV announced that the company is not being investigated and the police have conducted no searches at its headquarters.

“The Bucharest Court announced this morning that it was making investigations in a file that focused on the activity of 28 companies and individuals related to the media and cinematography industry. The cause are tax fraud crimes that caused damages of RON 5.4 million and money laundry with damages of RON 23 million.

We wish to state that PRO TV SA is not under the Bucharest police investigation and there have been no searches at its headquarters in Pache Protopopescu Blvd.

The investigation that the Court is referring to focuses on commercial relations that the companies in question, from the entire media industry, have had in 2009.

Pro TV wishes to draw attention to the fact that any association between the investigation of the authorities and the name of the PRO TV SA company severely damages the company and it will act accordingly,” goes the pres release.

In a Facebook statement, Orlando Nicoară, general manager at Mediafax Group, said there was “no ongoing search at Mediafax Group or Mediafax SA, no search targeting Adrian Sarbu and that the TV stations should be more careful when they announce such information, even though it is April Fools’ Day. “

An official press release of the Bucharest Court confirms that the police is making 28 searches in Bucharest and Ilfov at the residence of private individuals and headquarters of companies in the media field, under suspicion of tax fraud and money laundering.

The Bucharest Court press release was accompanied by a statement which said: “Following the information in the mass-media and for the sake of correct information, we wish to state that the searches made on April 1, 2014, do not target the home of Sarbu Adrian or the PRO TV headquarters in Bucharest, 109 Pache Protopoescu Blvd. sector 2.”

Adrian Sarbu, owner of Mediafax group, also dismissed as “unreal” the information run by several TV stations regarding his investigation for fraud and the fact that there were searches under way at his house.

“RTV, B1 and other news stations have informed the public opinion that I am investigated for fraud of EUR 20 million and that there are ongoing searches at my house,” said Sarbu, who labeled it as an April Fools’ Day prank.