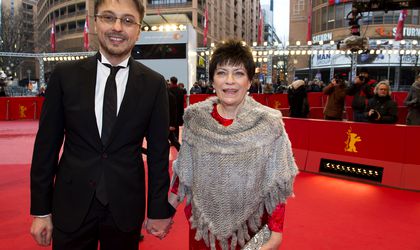 Two of the most recent Romanian productions that reaped multiple international awards: “The Child’s Pose”, by Calin Peter Netzer – the big winner of the Berlin Golden Bear in 2013, and the short film “House Party”, by Adrian Sitaru are both movies that will be playing to sold-out halls at the BFI London Film Festival, which started today.

Romanian Cultural Institute (ICR) London is a partner of the festival for the fourth time in a row, sponsoring at the current edition the presence of director Calin Peter Netzer at the sessions of dialogue with the public and promoting Romanian productions.

“The Child’s Pose” will have three screenings scheduled at the Odeon West End, on October 10, 11 and 15, with director Calin Peter Netzer (in picture) present at the first two shows, when he will also engage in meet-and-greet events. Adrian Sitaru’s short film “House Party” will be screened on October 11 and 13 at BFI Southbank.