Romanian IPOs drop in value in 2015 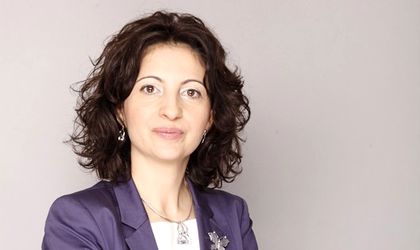 In 2015 there were 5 IPOs registered on Bucharest Stock Exchange’s AeRO market, according to PwC’s IPO Watch. The total value of these IPOs was smaller than the values registered in 2014, when Electrica’s IPO rose to EUR 444 million.

“In Romania, we’ve seen last year five new listings on the AeRo market segment, mostly small IT companies. However, the proceeds from these listings were much smaller than in 2014, when the state-owned Electrica power company was listed on the Bucharest Stock Exchange. It is clear that the Romanian capital market still needs the input of the state authorities if it is to attract major IPOs and to grow into the financial hub of South-Eastern Europe as one should expect, giving Romania’s economy size in the region. In this respect, the listing of Hidroelectrica is much awaited, as well as other state owned companies, such as the Bucharest International Airport,” said Daniel Anghel, partner, tax and legal services, public sector leader, PwC Romania.

European IPOs finished 2015 on a high with total annual proceeds up 16 percent (to EUR 57.4 billion) and average offering value up 27 percent (to EUR 248 million) year on year. However, the beginning of 2016 has brought a slowdown on the global market, but pundits expect a comeback for the middle of the year.

“This year, I would expect to see the number of companies coming to market to marginally decline, as investors continue to scrutinise investment opportunities and those that can wait, will wait. Having said that, I think 2016 proceeds will be bolstered by the continuing trend of mega deals -the too-big-to-miss-out sentiment – and that we will see a recovery towards the middle of the year. The effect on Europe of the expected election paralysis in the US market remains to be seen, as well as the impact of the fall on the Chinese stock-exchange,” stated Diana Coroaba, tax partner, leader of the tax services team for the financial sector, PwC Romania.

PwC is a network of firms in 157 countries, employing over 208,000 people who offer assurance, tax and advisory services.