Romanian Institute for the Study of Totalitarianism to turn 75,000 microbiographies digital 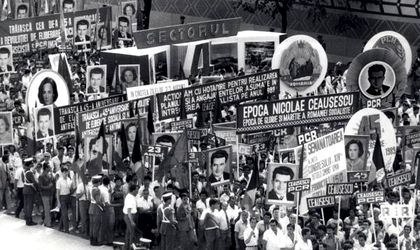 The National Institute for the Study of Totalitarianism under the Romanian Academy started a new project that will turn more than 75,000 micro-biographies into digital format, to make them available for the scientific community and the public interested in the study of communism, according to Mediafax newswire.

This will be a unique paper in the Romanian literature concerned with the right wing totalitarianism.

The online platform will digitize this year the series Repressive Mechanisms in Romania 1945-1989, in three parts:

The micro-biographies will be compiled based on the documentation extracted from consulting hundreds of publications by a team of specialists led by professor Octavian Roske, according to Mediafax.

The webpage dedicated to the project can be accessed starting November.

The digital solution will allow those interested to access, find and use the information as well as download and print it, and it is suitable both for standard computers and mobile devices.

The website will ease the access to information for various academic, university, cultural circles interested in the forms of repression applied in Romania during the communist regime, according to Mediafax.