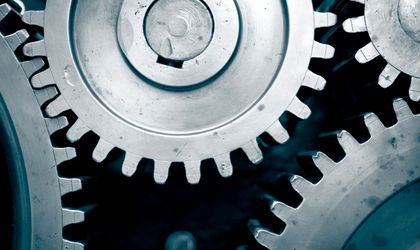 Industrial production has registered an upward trend during the first 11 months of 2015, with production going up by 3.1 percent as adjusted series (2.6 percent as gross series) year on year, while turnover in Romanian industry registered a 2.2 percent rise, data from the National Institute for Statistics (INS) show.

The overall turnover increase registered by the sector was due to rises in manufacturing (up 2.5 percent), while mining and quarrying fell by 5.6 percent.

In November 2015, industrial production went up by 1.9 percent y-o-y (gross series), due to the growth of the manufacturing industry (up 2.8 percent). The mining and quarrying industry (down 17.4 percent) and the production of supplying of electricity, gas, steam and air conditioning (down 0.2 percent) decreased.

In terms of turnover, when comparing November 2015 with the same month of the previous year, there was a 1.9 percent rise in Romanian industry owed to positive results in manufacturing (up 2.5 percent). There was a decrease in mining and quarrying of 12.7 percent.

Among member states for which data are available, the highest increases in industrial production were registered in Ireland (14.2 percent), Slovakia (11.9 percent) and Hungary (7.1 percent), and the largest decreases in the Netherlands (8 percent) and Estonia (6.2 percent).