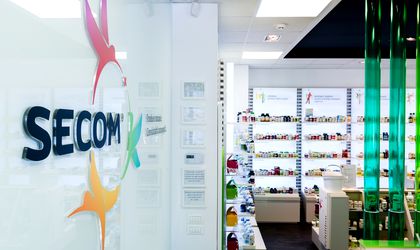 Secom, a local company active in the import, distribution and selling of natural health products, announced a turnover of RON 54.8 million (EUR 12.2 million) for 2015. The company also invested EUR 1.87 million into the expansion of its administrative headquarters and the opening of two new units in Brasov and Bacau. The network now counts eight sales points across Romania.

“We aim to accelerate the pace of development in 2016 and reach a turnover of EUR 15.5 million. The main drivers that will help us achieve that goal are innovation, team performance and coverage of new therapeutic areas,” said Lucia Costea, managing partner Secom.

For 2016 the company plans to double investment in promoting major brands and increase its market share in key therapeutic areas. This year, it will also open two or three units in the western part of the country.

Human resources are another investment focus of Secom for 2016, according to a press release. While currently it employs 120 people, the company aims to reach 150 by the end of the year, following the creation of a new department of trade marketing.

With brands such as Alive, MSM, SystemWell and Optimizer in its portfolio, the importer offers over 270 products covering a wide range of affections.