Romanian Govt to erase historical debts in the defense industry 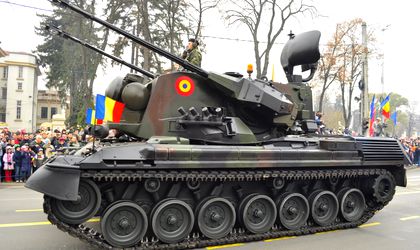 The Government decided to erase fiscal debts owed by 15 companies in the defense industry that produce or trade weapons, munitions and war-gear, arguing that the current geopolitical context encourages “improving Romania’s defense capacities”.

“I want, through measures that are allowed by the European Union, to support the defense industry in Romania, an industry that in the last few years was abandoned, nobody took care of it. I don’t only want to save jobs but to rebecome competitive, to be able to erase historical debts that nobody can pay in any matter and to relaunch this essential sector for the Romanian economy”, Ponta argued in a Government meeting.

At the end of the meeting, an emergency ordinance was adopted to “reduce budgetary debts” from certain operators in the defense industry.

The government argues in the text of the new law that there are no sources of financing for the debts to be covered and the arrears must be eliminated, in order to avoid bankruptcy which would hurt the country’s ability to defend itself “in real time”.

“Given the current geopolitical context we need to improve Romania’s defense capacity by taking immediate steps to assure the economic and financial revival of operators with strategic importance. National defense and security forces should be prepared to defend our national interests, as well as insure that Romania lives up to its responsibilities as a NATO member”,

According to sources in the media, the project to reduce these debts was elaborated in 2011, which includes erasing debts of RON 1 billion.

BSDA 2022, the most important defense event in the region, starts on May...