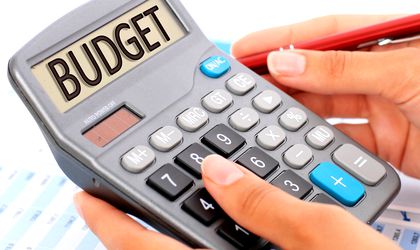 The Public Finances Ministry announced a budget amendment for 2015 to be made through an Emergency Ordinance, based on the economic increase above expectations recorded for the first part of 2015.

The state budget for 2015 was drawn up under domestic and international developments expected at the time, taking into account an increase in GDP of 2.5 percent this year, the Ministry statement showed.

Estimated budget indicators aimed at achieving a budget deficit of 1.83 percent of the initial GDP according to cash methodology.

However, economic results to date indicate the possibility of achieving an economic growth of 3.3 percent compared to the initial 2.5 percent and a gross domestic product in nominal value of RON 701.0 billion against RON 709.7 billion, as originally estimated. The difference is explained mainly by re-estimating the GDP deflator from 2.7 percent to 1.8 percent, as a result of the measure to reduce VAT on food that was not foreseen in the state budget law.

This has led to a state budget amendment affecting several Ministries. The Finances, Labour and Interior ministries are among the budget amendment winners, while the Transports and Healthcare will see their budgets cut.

The Public Finances will take the highest sums of money after the budget amendment — RON 712 million for General Actions and RON 530 million dedicated mainly for the European Court of Human Rights decisions and the compensations for property restitution process.

The Interior Ministry will receive RON 565.7 million, of which the main allocations (RON 305.3 million) will go to paying labour rights, and RON 253.3 million to external grant funded projects.

The Environment, Waters and Forests Ministry will receive an extra RON 305 million, of which RON 288 million is allocated to the post-adhesion external grant funded projects, while 17 million will be used to pay civil compensations.

The budget of the Labour Ministry will be awarded RON 1.22 billion, mainly for the payment of the increased child benefits, the pensions and allowances, while the transfers to the state social securities’ budget and the unemployment insurance will suffer a reduction of RON 1.07 billion. The totalling balance result for the Ministry will be of RON 148.1 million.

On the other hand, the Transport Ministry’s budget will face a loss of RON 985 million. Budget cuts by RON one billion will affect the “Post-adhesion external funding grants”, while the “Foreign loans’ repayment” will receive an additional RON 14 million.

The Ministry of Health will also lose RON 613.9 million through the decrease of RON 792.3 million in transfers to the single national fund for health insurance, and the increase in sums dedicated to the external grant funded projects by RON 138.3 million and the investments in hospitals, in particular in the ICUs, by RON 43.8 million.

Therefore, according to the above mentioned draft Emergency Ordinance, after the budget amendment, the state budget balance on 2015 gains RON 287.1 million, while the expenditure increases by RON 1.12 billion.